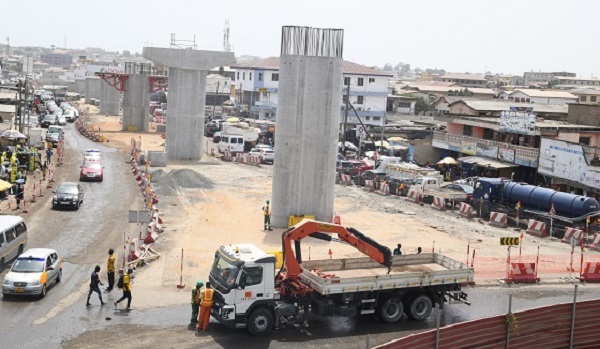 THE government’s comprehensive road programme christened: “Year of Roads” is on very much course, the Finance Minister, Ken Ofori-Atta, has assured.

According to him, this is in spite of the revenue-mobilising challenges that have bedevilled the state but “the President is determined to fix the roads”.

Mr Ofori-Atta gave the assurance when he laid before Parliament, the Mid-Year Review of the Budget Statement and Economic Policy of the Government for the 2022 financial year, in pursuant of the Public Financial Management Act (PFMA), 2016 (Act 921).

Presenting updates of the projects, he said, for instance, that, “phase one of our agreement with the Sinohydro Corporation Limited comprising engineering, procurement and construction (EPC) contracts for 442 km of roads and two interchanges have gained significant progress.

The others are the Kumasi-Lake Roads and Drainage Extension project, extension of the existing Aboabo drain, and construction of the Chirapatere Bus Terminal which is at 92 per cent as at end June 2022; Upgrading of Salaga - Ekumdipe - Kpandai road at 70 per cent completion; Partial reconstruction of Bawjiase - Adeiso road - Lot 1 at 98 per cent completion; and work on the construction of 50 prefabricated bridges to improve connectivity within areas cut off by waterways in all 16 regions have achieved progress of about 80 per cent.

With regard to road financing, the Finance Minister said “Mr Speaker, under the Ministry of Roads and Highways (MoRH) Public-Private Partnership (PPP) programme for road infrastructure, the Design, Build, Finance, Operate, and Maintain (DBFOM) Accra – Tema Motorway and Extension PPP Project (27.7km) is at the procurement stage. Site works are expected to commence in September 2022.

The Government of Ghana has made a strategic decision, in line with the Public Private Partnership Act, 2020 (Act 1039) to procure the Accra-Tema Motorway and Extensions Project through GIIF with a mandate to deliver a GIIF-led PPP financing solution, where maximum funds are raised from the market, but majority ownership of the project remains with GIIF on behalf of the Ghanaian Government.”

Mr Ofori-Atta said the draft Concession Agreement (CA) between GIIF and MoRH is currently under review by GIIF, MoRH, the Office of the Attorney-General and Ministry of Finance.

When completed, the Finance Minister said the CA is expected to be approved by the PPP Committee, Cabinet and Parliament.

“The completed road will be tolled to recover the whole life cost of the completed infrastructure as well as pay lenders and provide a return for equity investors.

“The Government of Ghana shall provide funding through GIIF to take equity in the Special Purpose Vehicle to be created by GIIF for the project,” he said.