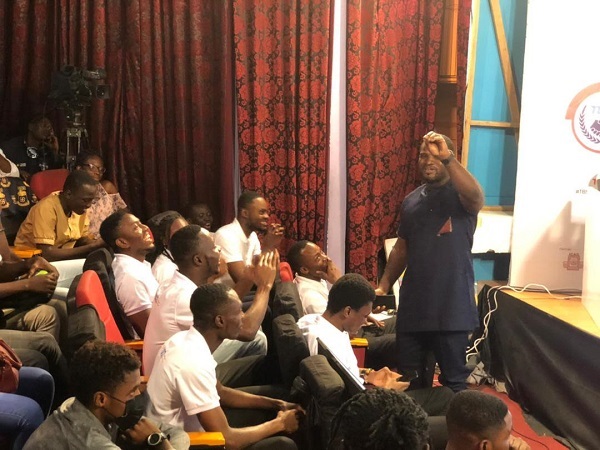 THREE schools have booked their place in the grand final of the Tertiary Business Sense Challenge (TBSC) Version 4.0 after a grueling semi-finals contests which ended in Accra last Friday (July 22).

The schools, which had earlier in the road to the final exhibited determination and zeal to annex this year’s crown, put up a show of dominance in the heated contests.

UPSA booked its slot to the final after a heated contest with the Akenten Appiah-Menka University of Skills Training and Entrepreneurial Development (AAMUSTED) in the first round of the semi-finals contest on Friday.

UPSA, which was making its fourth appearance, won the contest with 34 points as against AAMUSTED, which had 29 points to end the dream of the debutantes reaching the finals.

In the second contest, defending champions, UCC, managed to beat the University of Ghana Business School (UGBS) to secure a place in the grand final.

UCC lived up to its title of being the winners of the maiden edition, beating UGBS narrowly with just a point to end the contest at 60-59 respectively.

The last semifinal contest was between the UEW and KNUST.

The UEW, clad in their school cloth, put up an impressive performance in the first three rounds of the contest.

However, KNUST overtook UEW in the last two rounds and at the end of the contest, emerged winners with 68 points, while UEW exited with 48 points.

By 9:00 a.m. students from the six universities in the semi-finals, especially UGBS, had trooped into the Executive Theatre of TV3 at Kanda in Accra for the commencement of the competition, with most of them looking very excited.

While the contest went on, the students in the crowd could not hide their excitement as they cheered their schools on, some even in defeat.

The TBSC is aimed at developing the minds of business students to be abreast of issues around business and the economy as a whole to help build successful business careers in the future.

The University of Cape Coast remains two-time champions of the competition after emerging winners in the maiden and third editions.

The second edition saw the University for Development Studies (UDS) defeat the UCC in the final to win the contest.

The Version 4.0 of the TBSC is on the theme: “The Role of Business Students in Shaping National Economic Discourse”.

It is also meant to enable students to keep abreast of the developments within the business industry and the economy as a whole, so they can make informed decisions in the near future.

Technical support for the competition is being provided by the Chartered Institute of Marketing, CIMA, with media support from the Daily Graphic, GraphicOnline, TV3 and Connect FM.