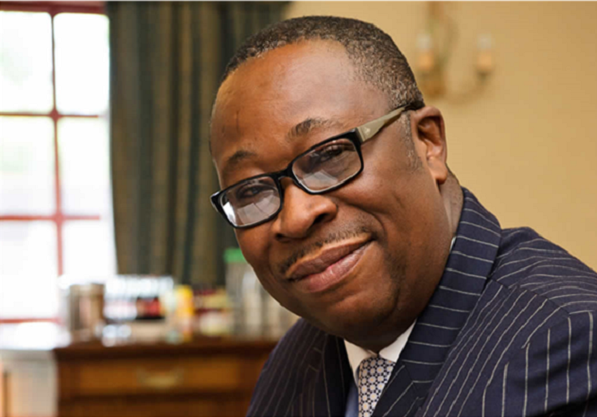 The Labour Division of the Accra High Court has dismissed a legal action by the Ghana Community Network Services Limited (GCNet) asking the court to set aside an arbitration award in favour of some 150 redundant staff of the company.

The court’s ruling means the arbitration award which enjoins GCNet to pay redundancy package to the 150 redundant staff is still in force.

GCNet had indicated its willingness to pay the redundancy package, but said it would do so in “accordance with legal processes.”

In a statement, the Managing Director of GCNet, Mr Alwin Hoegerle, said the company would appeal the ruling of the High Court and exhaust all legal remedies before any such payment would be made.

“We are eager to complete the adjudication process so that we can execute the compensation payments in an appropriate manner,” the company said.

GCNet had argued before the High Court that the arbitration award was null and void because the group that led the workers to obtain the award lacked capacity to represent the workers of GCNet.

It was the case of the applicant that the group- GCNet Staff Welfare Association lacked capacity to represent the workers because it was not registered as a statutory body and neither was it registered with the Chief Labour Officer as a trades union.

The court, presided over by Justice Frank Aboadwe Rockson, however, ruled that throughout its 15 years of operations, GCNet had in several instances recognised and dealt with the Staff Welfare Association as the duly representative of the workers of the company.

Examples of this recognition, the court held, were when GCNet accepted that the association be made a part of a redundancy negotiation it had with two workers of the company, and the fact that company agreed with the association to present the dispute to the National Labour Commission (NLC) for arbitration.

It was the considered view of the court that by recognising the association through its conduct and statement, GCNet could not now withdraw that recognition as stipulated in Section 26 of the Evidence Act, NRCD 323.

“By the statement and conduct of the applicant (GCNet) in relation to their dealings with the respondent association, they are estopped from denying that GCNet Staff Welfare Association is representing the staff in their arbitration award on redundancy.

“The court find no merit in the application and dismiss same,” the court held.

GCNet is an information technology firm that facilitated trade services at the country’s ports and had a contract with the government that was expected to run until 2023.

In April last year, the government terminated the contract, leading to a shutdown of its operations in May also of last year.

The government cancelled the contract to allow full rollout of a new customs clearing system, Uni-Pass, which according to the Ghana Revenue Authority (GRA), would centralise the processing and handling of all import and export documentations, a system known as a single window clearing system.

As a result of the termination of the contract, GCNET decided to lay off some of its staff and accordingly notified the Chief Labour Officer of its intended redundancy exercise.

GCNet had a Human Resource (HR) manual that obliges it to use a certain formula to pay its staff in the face of redundancy.

In view of the redundancy exercise, the management of GCNet and the Staff Association signed a Memorandum of Understanding (MoU) to implement the redundancy in conformity with the HR manual.

Following on from the MoU, the management of GCNet issued termination letters to the affected staff stating the set date for the redundancy take effect as August 31, last year, and payments to be done on or before June 30, last year.

Two days before the deadline for the payment of the redundancy package, the management of GCNet wrote to the staff association that it could not pay the package and asked that the redundancy pay as stipulated in the HR manual be renegotiated.

This led to a dispute that ended up at the NLC, with the two parties agreeing to voluntary arbitration.

“In fact, we find that there has been no negotiation of redundancy pay during this redundancy exercise,” the panel held.