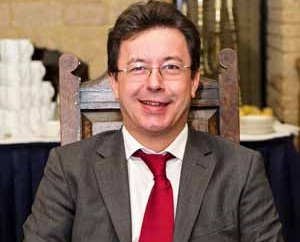 The management of Ghana Community Network Services Limited (GCNet) says it is prepared to pay redundancy compensation to its laid off workers in accordance with legal processes.

According to the management, it is challenging the arbitration award by a panel of the National Labour Commission (NLC) not because the company wants to deny the workers compensation but wants to ensure that the right procedures are followed in line with the Labour Act.

Bearing in mind that the bill for the redundancy compensation payment would have to be submitted to the government for a refund as a result of the abrogation of its trade services contract with GCNet, the compensation has to be properly negotiated and administered, the company says.

The Managing Director of GCNet, Mr Alwin Hoegerle explains that the anomalies detected in basing the compensation calculation on the company's Human Resource policy Manual, for which the management sent the matter to the NLC and the High Court, have to be rectified so as not to make it difficult for the government to honour its obligation in settling the bill.

He said although the Accra High Court denied management's application to set aside the NLC arbitral award compelling the company to pay redundancy compensation without negotiation with a registered trade union, management is filing an appeal against the decision which ignored the claim of incapacity of the Welfare Staff Association to negotiate on behalf of the workers.

He assured the affected workers of their compensation, adding that "we are eager to complete the adjudication process so that we can execute the compensation payments in an appropriate manner."

Disagreement over arrangements for the payment of compensation, including the capacity of the Welfare Staff Association to negotiate on behalf of some 148 affected workers, led the management and the workers to the Labour Commission, following which the Commission’s arbitration panel, in its September 14, 2020 award, ruled that the provisions in the company’s Human Resource Policy Manual should be used in paying the compensation to the redundant workers.

However, the management is challenging the award, saying the involvement of the association, which it says is not a registered union and does not have a collective bargaining certificate, renders the use of the manual for redundancy compensation negotiation, illegal as it contravenes the provisions of the Labour Act on redundancy.

Thereafter, the remaining 50 workers embarked on an industrial action, but the Labour Commission, declared that action as illegal, and accordingly directed them to call off the strike, which they adhered.

The redundancy exercise was triggered by the government’s abrupt abrogation of its trade facilitation service contract with GCNet; effective May 31, 2020.

Meanwhile, the remaining staff of GCNet working on the GeGov Project have been served notice of Redundancy letters to be laid off by end of April 2021 following the non-renewal of GCNet’s Service Agreement with the Ghana Revenue Authority (GRA) .

The January 29, 2021 letter explained that management had to embark on a demobilization exercise in the operations of the GeGov Service, Infrastructure and Support Departments due to non-renewal of the service agreement.

‘Per above, your employment contract shall be determined through redundancy. GCNet is hereby serving three months effective February 1, 2021. The effective date of your termination is April 30, 2021’, the letter in part read.

The affected staff, numbering over 50 says they are shocked and anxious over the silence of the letter on the stipulated redundancy package as enshrined in the Company’s Human Resource Manual Policy, with some contemplating seeking legal redress should the suffering of redundant colleagues earlier served be visited on them.

Earlier on June 1 2020, a notice of redundancy letter to about 147 staff of GCNet was issued, an exercise which was effected due to Government’s termination of GCNet’s TradeNet and Transit Service contract on May 31, 2020 which notice was served in early April 2020.

The fears of the soon to be made redundant staff on the GeGov Project, according to them, stem from the outstanding payment of their colleagues on the TradeNet and Transit side of the Company’s operations till date in spite of an Arbitration Award in favour of those affected and a High Court ruling upholding the decision of the Arbitration Panel using the National Labour Commission rules.