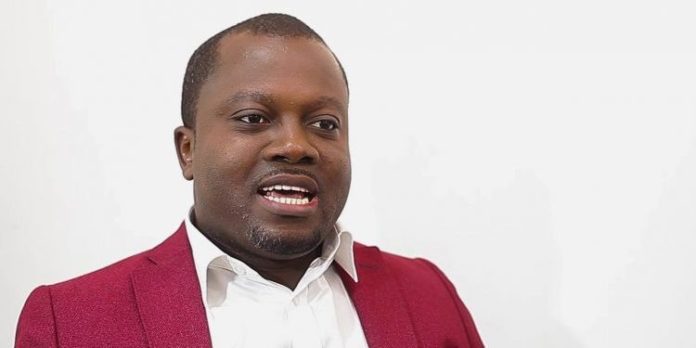 A report by the Mckinsey Global Institute in 2017 indicated that 14 per cent of the global labour force, which translates to approximately 375 million people, need to transition to new occupational areas or categories and learn new skills all together to stay employed.

Very often and in recent times, people tend to associate the changing nature of the world of work to the CoVID19 pandemic but this report, which was released in 2017, way before the outbreak of COVID-19, noted that the world of work was fast changing already due to the upsurge in technology and automation.

It is for this reason that the Springboard, Your Virtual University, a motivational radio programme on Joy FM, used this week’s edition to educate listeners on the “Changing World of Work” and the skills that would be required to stay relevant. Helping with the discussion was the Chief Executive officer (CEo) of popout, Mr Maximus Ametorgoh and a Banking Executive in the UK, Mr Ernest Boadu.

What triggered the change Commenting of what could have triggered the new phase of the world of work, Mr Ametorgoh, said “as human institution, we evolve all the time and we always follow the part that leads to what we term as a presumed future. “We want things to be better, more efficient, more cost effective and speed is driving the innovation, leading to this particular presumed future,” he stated.

He defined work as an activity one engages in or a role one plays either assigned by the person or somebody for an end result “As a labour force, if you are required to produce a certain result, you must also have the requisite skill set or be able to use a tool assigned to you to achieve that. With innovation, creativity and all the companies trying to do things in a more efficient way, you the labour force or the tool that is being used must have that cutting edge skill set that your employer will require of you to produce the output,” he explained.

Mr Ametorgoh, noted that in this current era, when everything was being formatted with technology and things being digitised and automated, machines are replacing processes.

“We are ,therefore, supposed to operate the machine or be part of the processes of managing the algorithm that is driving the machine. It is becoming more difficult and has become like an organism that you cannot find the shape and form of it but we see that the world is evolving towards a future that humans may even be taken out of it.

“The traditional skills set will not be needed again and you will need some soft skills that will transcend the current times that we are in.

The whole world of work is changing from the hard skills to the soft skills and technology is driving that,” he stated. He said the world was yet to understand the full scope of the requirement needed in the world of work now.

For his part, Mr Ernest Boadu pointed out that the world was now faced with a double disruption due to the uptake of technology and the outbreak of CoVID-19.

“There were lots of uptake of technology and automating lots of the mundane tasks. What we also have is a change in demographics, if you look at it in terms of graphics across Europe and Africa, the way the diaspora send money back home has changed.

“We can now use mobile money and there are a lot of new demographics that want to be able to access services and products. ‘Just in time’ use to be a matter of two weeks but now ‘just in time’ happens to be minutes so we are seeing some of the core facets of our society begin to drive the new changes we are seeing now,” he explained.

Mr Boadu also noted that lots of emerging markets were springing up in Europe and Africa and in Europe for instance, what used to be a standard bank was no longer the case.

He said Europe was now witnessing a drive of digital banks and was confident that this would emerge soon in Ghana.

“These have been some of the trigger points that is driving the uptake in technology and the disruption to the skills that we use to have with the now day to day jobs,” he stated.

“We are seeing lots of people who are in roles, that are probably under qualified and need to upgrade their skills.

As we see the uptake of new technology, firms also need their employees to have the social intelligence aspect of things.

“If services has changed and everything is now being driven by your new demographic, you need to have that sort of social intelligence to begin to adapt rapidly to the changing environment,” he stated.

He said the resilience of organisations in times like this was extremely important.