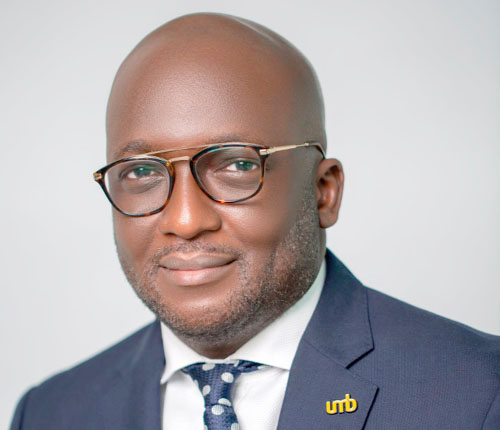 On February 1, 2021, news went out that UMB Bank had appointed Nana Dwemoh Benneh as its new Managing Director. It also marked a reunion between him and the bank where he cut his banking teeth 23 years ago.

This week on Springboard, Your Virtual University, a radio programme on Joy FM, and other virtual platforms, the host, Rev. Albert Ocran, caught up with Mr Benneh, who unpacked his corporate journey.

Mr Benneh described his journey to the top as an interesting and gratifying one.

“As the news went out, I was very pleased and humbled by all the various messages that I received from people who had been part of my journey for many years. Meeting the team at UMB Bank has also been really delightful as I started to get the ropes there and find my way around.

“Having been in banking for the past 23 years, the overwhelming sentiment has not been one of surprise, but of endorsement,” he stated.

He said the overarching response to his appointment has been one of people expressing confidence in him and what he could do, and this had really encouraged him to look forward to his new role and challenge.

Mr Benneh pointed out that he started his corporate journey at UMB Bank which was then Merchant Bank 23 years ago.

“Twenty-three years ago, I walked into Merchant Bank as a fresh graduate and there were giants in the industry who were working in Merchant Bank at the time. I feel buoyant because I am standing on the shoulders of some really great people who have built a truly Ghanaian franchise with a very strong brand.

“This energises me as I look forward to my tenure as CEO. UMB has gone through lots of developments since the early days. It has emerged from what was very much a niche corporate bank to a universal banking and financial services franchise.

“Some of the things that have stayed constant is its proud heritage as a wholly Ghanaian indigenous bank and for me, that really resonates with me. I am one of those people who are very proud to be Ghanaian and, therefore, having to work with an indigenous Ghanaian bank after spending time working with international franchises is like an icing on the cake,” he explained.

Mr Benneh said his professional journey had been an amazing one, meeting wonderful people.

“I spent an initial two years in Merchant Bank, working with some truly amazing people, then I got privileged to join the Barclays PLC Business Leadership Programme.

“At that time, the Barclays Group had put together a pan-African cohort to train as future leaders for its franchise across Africa. I was privileged to get a space on that programme.

After a year on the programme, my first assignment was in Uganda, where I went as the Head of Retail. I spent about two years in Uganda and then moved out for the next assignment which was a regional job for Barclays in Nairobi, Kenya.

“In 2005, I got another assignment, this time around, in Johannesburg. After that, I went on to spend two years in London. I then got an opportunity to come back to Ghana to work with Barclays in Ghana,” he narrated.