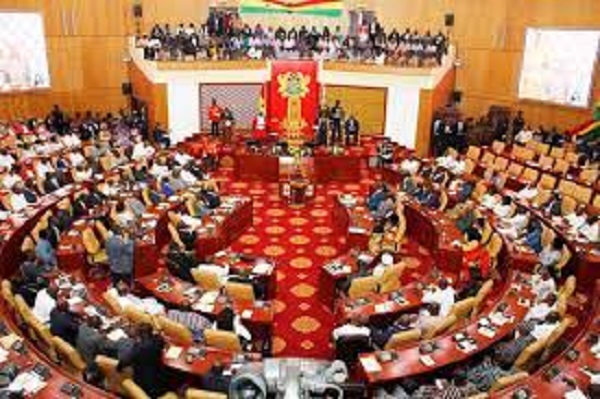 Ken Ofori Atta,Finance Minister, wil be in the Chamber tomorrow to brief the expectant Parliamentarians on the state of the economy in the first half of the year and expectations for the next half
30.5k Shares

THE Minister of Finance, Ken Ofori-Atta, will appear before Parliament this month to address the country on how the economy had performed in the first half of the year and the projections for the rest of the year.

The minister will do so when he presents the Mid-Year Review of the Budget Statement and Economic Policy of the Government and Supplementary Estimate for the 2022 financial year.

This exercise is in pursuant of the Public Financial Management Act, 2016 (Act 921).

The Majority Leader and Leader of Government Business in Parliament, Osei Kyei-Mensah-Bonsu, announced this when he presented the Business Statement for the week ending July 8, 2022.

Among other things, the minister is expected to provide information on how revenue and expenditure had performed in the first half of the year and the country’s current budget deficit figures.

With the government officially reaching out to the International Monetary Fund (IMF) for support, the minister is also expected to make his first public comments on this decision, after publicly stating that the country would not go to the IMF.

A release from Parliament stated that “considering the high cost of living including food and transportation in the country, it’s the expectation of the Members of Parliament that the Minister of Finance will use the opportunity to announce some relief measures the Government is putting in place to cushion Ghanaians.”

In an interview with the Graphic Business, Economics Lecturer at the University of Ghana, Dr Adu Owusu Sarkodie, said it was expected that the government would introduce additional revenue and expenditure measures in the mid-year review.

The fiscal policy measures which were captured in the 2022 budget to generate more revenues and undertake transformational projects have so far performed below expectation.

The measures were expected to help generate about GH¢100.52 billion by the end of the year, but the first quarter results which have been released indicate that only GH¢16.71 billion had been raised, less than a quarter of the projected revenues.

The Electronic Transactions Levy (E-Levy), for instance, which was expected to rake in some GH¢4.5 billion, has not performed to expectation due to delays in the passage of the bill and other challenges including the reluctance of many to use the system.

Dr Owusu Sarkodie said the mid-year budget review was therefore expected to introduce additional measures that would increase revenue and reduce expenditure, especially, with the IMF coming on board.

“One of the pillars of the IMF is fiscal consolidation and with them coming on board, we expect to see measures that will increase revenue and reduce expenditure.

“I expect more revenue measures, not necessarily increasing the tax rate or introducing new taxes but I expect more measures to plug the leakages in the system, greater emphasis on the passage of tax exemption bill, and more emphasis on property rate,” he stated.

He said the passage of the tax exemption bill and focus on property rate were the two main areas that would give government extra revenue in the shortest possible time.

“The government cannot do anything about workers’ compensation or interest payments,” he noted.

Dr Owusu Sarkodie said the mid-year budget review also presented the government with an opportunity to develop its home-grown solutions that would be presented to the IMF.

He also urged the government to take advantage of the stability that an IMF programme comes with to strengthen the base of the economy which is agriculture and manufacturing.

“The IMF is only going to give you stability and what we do with the stability will be up to us so the government should take advantage of the presence of the IMF to strengthen the base of the economy which is agriculture and manufacturing.

“Let’s ensure food security. Farmers are crying about the shortage of fertiliser, let’s channel some of the funds towards fertiliser manufacturing, get wheat available, get the buffer stock ready and get the storage facilities ready.

“My immediate concern has to do with food security because if you take the top 15 items with the highest inflation in the country, nine of them are food items,” he explained.

A Fellow of the Institute of Chartered Economists Ghana (ICEG), Dr Sam Ankrah, also said the leakages in the tax system must be blocked.

He also pushed for the passage of the Tax Exemptions Bill, saying, if the government had ensured its passage years ago, the need for the country to seek an IMF support would not have arisen because there would have been enough funds to cater for home-grown programmes.

In a separate interview, the President of the Ghana Union of Traders Association (GUTA), Dr Joseph Obeng, said the mid-year review must seek to revise some policies which had not gone well as planned.

He said the migration of the Value Added Tax (VAT) rate from a flat rate of three per cent to the standard rate was causing a lot of problems for traders.

He said that was the major cause for the recent surge in inflation in the country.

“The three per cent flat rate that we were paying has been increased to 19.25 per cent for the standard rate and I am expecting that government will revert to the flat rate.

This will ensure high compliance and help bring some fairness in the market. Currently, there are three sets of tax payments: those who are paying the standard rate of 19.25 per cent; those who because of the threshold of GH¢500,000 are paying a flat rate of four per cent, and then those who do not qualify to register for the VAT but are also in the market competing.

“We expect the government to make this uniformed and affordable as this will help us to generate more revenue and help reduce inflation,” he explained.

Dr Obeng also asked the government to consider revisiting the e-levy and reduce the rate.

“If the rate is too high, people will find ways to avoid it, hence the need to make it affordable to ensure compliance,” he stated.

As the government seeks to enhance its revenue, he said it should also consider the re-introduction of the road tolls.

“Government must also review some of its social intervention programmes. Nurse and teacher allowances should be removed and we have to start talking about the free senior high school and target just the very poor or make it rural-based.

“Government has good intentions but if your resources are limited then you have no option but to cut down some of these expenditures,” he advised.