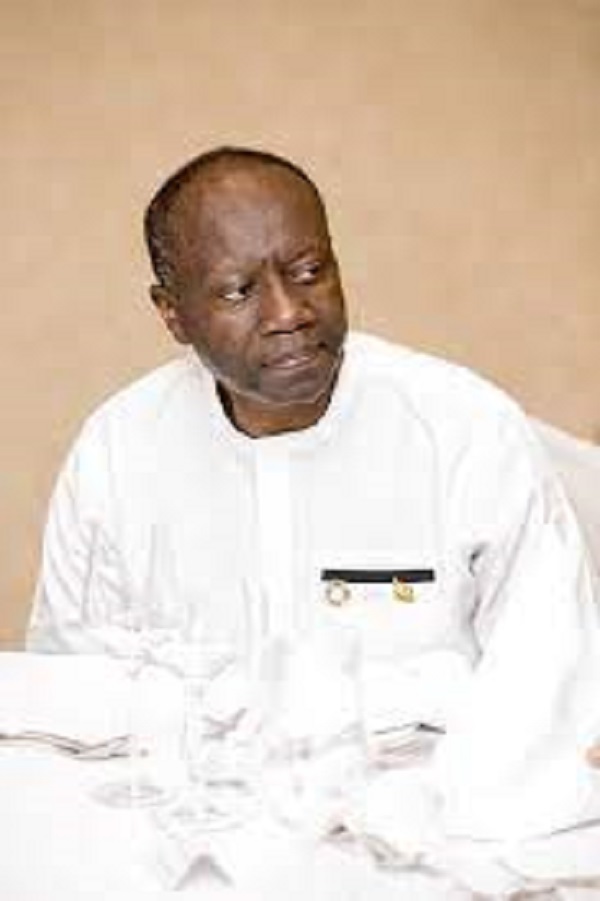 THE country’s bailout talks with the International Monetary Fund (IMF) are coming to an end, with debt and arrears accumulation emerging as the contentious issues.

As of yesterday, the government and the IMF Team, led by the Mission Chief for Ghana, Carlo Sdralevich, were yet to agree on the country’s debt position and the amount of arrears that were outstanding, as data on both indicators trickled in.

The true state of the debt and arrears are needed to arrive at a comprehensive debt stock and fiscal deficit, which are critical to any fiscal consolidation programme that the government and the IMF would propose after the negotiations.

Graphic Business sources added that the issue of how the deficit had been financed this year also came up for strong scrutiny.

It followed evidence that the Bank of Ghana (BoG) was still financing the budget, in spite of an agreement that barred it from doing so.

The sources said the visiting IMF team were “a little bit concerned” about the pace of data submission on debt and arrears as well as the revelation that central bank financing of the budget was still in force.

Issues around the sustainability of the government’s priority programmes were also discussed although the IMF team were not categorical on what programmes could be accommodated under a bailout package, the sources, who are familiar with the discussions, said.

The concern regarding arrears and debt figures as well as the deficit financing were the key points from the first leg of the discussions between the two sides that opened on July 6 and due to conclude on July 13.

The second leg of planned seven-day meeting, which took off yesterday, marked the continuation of the data gathering process that the fund requires to help understand the nature, scope and extent of the crisis facing the economy.

It is to enable it to determine the direction that a prospective support for the government should take.

The government said last week that it required the IMF’s support to prosecute its enhanced domestic programme (EDP), which experts said could inject up to US$3 billion into the economy over the next three years.

The Graphic Business understands that the discussions, which resumed yesterday after the weekend break, also examined the state of the energy sector and the financial constraints facing it.

Earlier meetings with the Ministry of Food and Agriculture and the Ghana Cocoa Board (COCOBOD) were postponed, according to the sources.

Experts say a true picture of the debt is needed for the IMF to understand the scale of the problem facing the economy.

It could also trigger a conversation around debt restructuring or reprofiling to help forestall a default as well as revert the levels to sustainable limits and earn Ghana a re-entry into the international capital market.

This year, the country lost access to the global capital market, which it frequented for Eurobonds since her debut in 2007, due to debt sustainability concerns.

Given that IMF programmes are largely fiscal consolidation, an economist, Dr Said Boakye, said a true picture of the debt and the arrears would enable them to determine the pace at which the country could consolidate under a programme.

“Arrears are debts that are not usually recorded as part of the debt.

“When you are talking about fiscal consolidation, we normally think of it in terms of lower fiscal deficit but it is about debt sustainability and it is so because this debt, in terms of interest payment and debt service cost, play a role in your ability to fiscally consolidate and so debt sustainability is usually important,” Dr Boakye, who is the Head of Research a fiscal policy think tank, Institute for Fiscal Studies (IFS), said.

“Arrears are largely not included in the debt but in a sense, they are supposed to be included.

Although an age-old problem, the pace of the debt build-up moderated in 2017 and 2018 under the $918-million extended credit facility (ECF) programme that was supervised by the IMF.

From 2019, however, faster than planned prosecution of expenditures in the midst of weak revenues, led to a strong debt build up that caught the attention of BoG at the time.

In July 2019, the central bank Governor, Dr Ernest Addison, said at a press conference that the pace of fiscal consolidation had slowed down mainly reflecting gaps in revenue mobilisation while the pace of spending had increased.

“This could pose risk to macroeconomic stability, if not addressed,” he added.

It ended last year at 81.8 per cent of GDP, according to the IMF.

The fund projected in its February 2022 Fiscal Monitor Report that the debt-to-GDP ratio would end this year at 84.6 per cent.