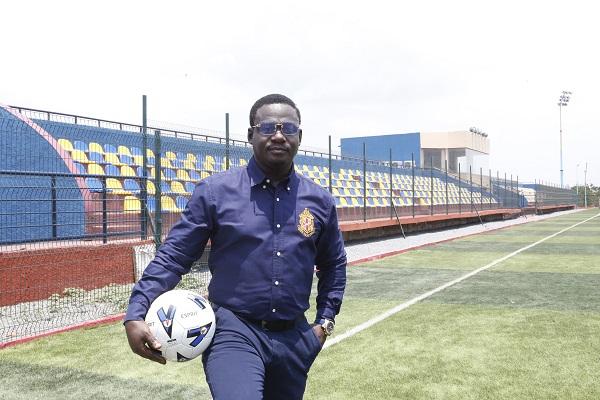 There are people who love to positively turn the situations around them by being innovative. One of such people is Mr Robert Tetteh Coleman whose name is now synonymous with the building of AstroTurfs in this country.

His journey into building AstroTurfs started in 2013 when he went to play football with his friends on a small Astroturf at Dworwulu, a suburb of Accra.

According to him, he was so impressed with the quality of the artificial grass so he approached its owner, a Lebanese, after the game. He told the man he was interested in constructing many of such facilities across the country to promote sports.

The Lebanese took Mr Coleman and some of his friends to Turkey to undergo training in the construction of high-quality artificial pitches.
This gave birth to Wembley Sports Construction Company Limited, of which Coleman is the Chief Executive.

For those who have been following the activities of Zoomlion Ghana Limited, you would have noticed that Mr Coleman used to be a household name in the media when it came to issues relating to sanitation.

The ambitious young man quit his lucrative job as the Communications Manager of Zoomlion to set up the Wembley Sports Construction and is presently known as the Astroturf King of Ghana.

An artificial turf is a surface of synthetic fibres made to look like natural grass. The specific product used was "ChemGrass", developed by Monsanto and rebranded as Astroturf.
This term since then became a generic trademark for any artificial turf throughout the late 20th century.

Going into turfs
In an interview with The Mirror in Accra, Mr Coleman who is an ardent lover of sports explained that he had always been passionate about football and politics.

He said: “This influenced my service as the Communications Manager for Zoomlion for 13 years. I, therefore, resigned in 2018 to fully focus on bridging the sports infrastructure deficit in the country. I wanted to make the construction of AstroTurfs my sole priority and I am glad about my journey so far.”

He said those under construction were located in Agogo, Dichemso-Kumasi, Tema Community 2, Denkyira Dominase, Diaso, among others.

He said that Wembley Sports Complex at the Kotobabi Cluster of Schools in Accra was the first-ever Astroturf he built in the country.
“Unfortunately, the construction of the modern facility did not go as smoothly as planned. Because artificial turfs were not common at that time, the people did not appreciate their enormous benefits. But later, residents of Kotobabi bought into the idea, and AstroTurfs have now become a household name in Ghana,” he stated.

Pitches
According to him, Wembley Sports Construction Company was the only company in West Africa which produced pitches supervised by local professionals and validated by FIFA, the world’s football governing body.

“Our pitches are of the highest quality. We use the grass of FIFA-preferred companies, notably China-based CC Grass and Hatko based in Turkey. Quality is our hallmark,” he stated.

Touching on the value the pitches bring, Mr Coleman explained that the important role Wembley Sports played in the economic development of the country could not be overemphasised. 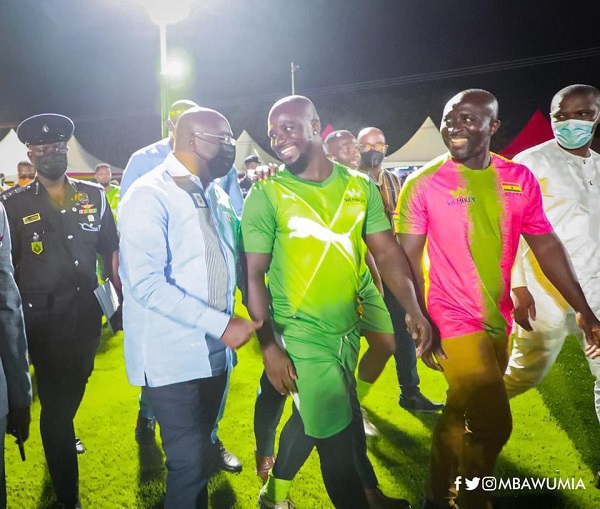 He added: “We use local expertise in every project we embark on and train the people to maintain the facilities when completed. We all know how challenging it is to ensure that frequent maintenance is done on such infrastructure. For us, it is not all about building the AstroTurfs for the communities but also training people who will always ensure that the facilities are put into proper usage and kept clean.”

“Since maintenance of our sports facilities is a major problem in this country, we always sign an agreement with our clients to ensure the life span of the pitches are achieved,” he said.

Mr Coleman said Wembley Sports was currently embarking on a One Constituency, One Astroturf campaign and added that there were about 12,000 parks dotted around the country and 275 AstroTurfs would be woefully inadequate.

Benefits
Mr Coleman pointed out that sports fields with synthetic turf promoted year-round activity on safe and resilient surfaces for sportsmen and women.

“As you know, the AstroTurfs we build around are not only used for sporting activities; they are also used for social events such as parties, weddings, naming ceremonies, picnics, rallies, funerals, among others. Besides, the artificial grass also reduces the rate of injuries to players. Due to the modern pitches we are putting up around the country, it is common to find people training and playing matches at night under floodlights,” he mentioned.

He further added that “the youth especially are excited about Wembley Sports AstroTurfs, particularly the recently inaugurated facility at Adjiringanor in Accra.” 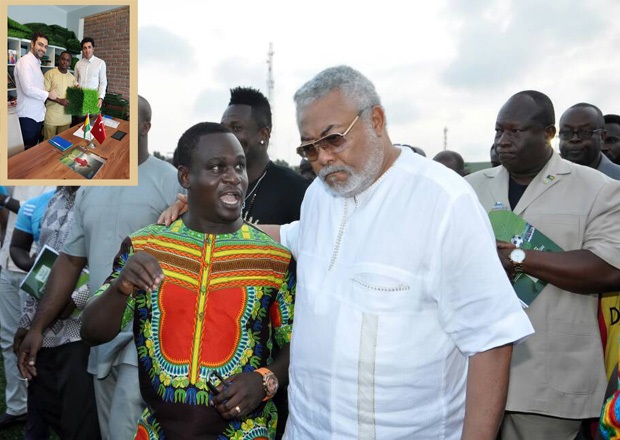 “Due to the impressive works on the turfs, the government, Members of Parliament, churches, schools, corporate bodies and individuals like McDan and Lord Commey have financed various AstroTurfs constructed by Wembley Sports in the last couple of years so that the youth can engage in active sports rather than engaging in vices when they are idling.”
Mr Coleman said he felt humbled that his name was now synonymous with astroturfs.

“It is gratifying to see an idea I mooted a few years ago resonating with people in the country. I want to leave a legacy. I want my name to be associated with high-quality artificial pitches,” he said with a smile.

Motivation
“I feel very excited and humbled when I see big teams such as Black Stars playing on the pitches constructed by my company,” he noted.

“Just as we encourage the government to do more AstroTurfs, we will also suggest that a lot of natural grass is done in areas where rainfall is in abundance. Wembley is not in competition with any company providing AstroTurfs. All we are interested in is to do a good job that will serve its purpose,” he said.

“I would like to commend the GNPC, Ghana Gas, GPHA, NLA, Getfund, McDan Foundation and others for sponsoring the construction of these turfs in the country for the benefit of the public.” 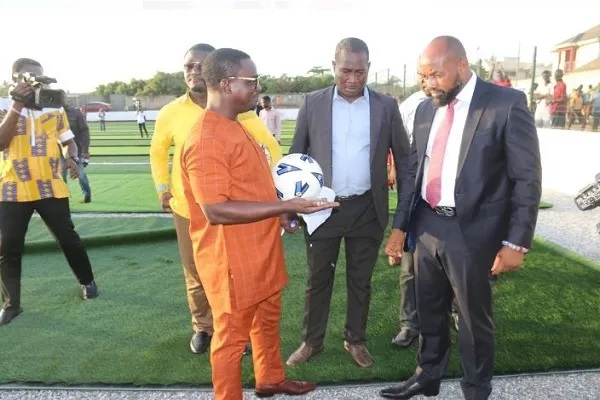 He said it was important to also show appreciation to the Chief Executive Officer of MSH Astros, Mr Mohammed Hamoui, who introduced Wembley to the Astroturf business in Turkey, and former Mayor of Accra, Mr Alfred Okoe Vanderpuije,who gave them an opportunity to construct the first Astroturf at Kotobabi.

He hails from Osu, a suburb of Accra, and started his primary education at the Providence Preparatory School at Kotobabi, Accra.

He then proceeded to the Koforidua Secondary Technical for his Ordinary Level certificate and moved to Accra Academy for his Advanced Level education.

“I had my tertiary education at the University of Ghana at Legon in Accra. I was in the Commonwealth Hall, so I am a proud Vandal,” he said happily.
Mr Coleman is married with eight children.

The writer's Email: This email address is being protected from spambots. You need JavaScript enabled to view it.