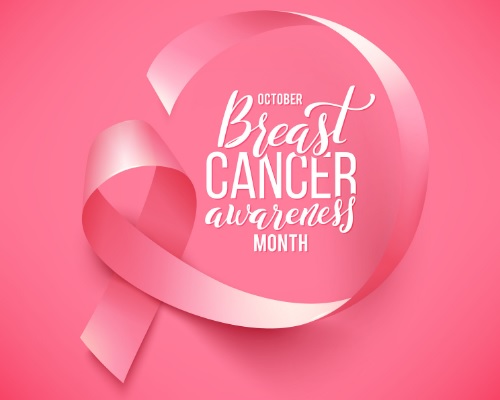 Get screened this month of October

Women who have given birth or been pregnant before have a lower risk of developing breast cancer as compared to women who have not.

This is because, during pregnancy and subsequently birth, the menstrual cycle is interrupted and this tends to lower one’s vulnerability to the disease as they age.

According to a Chemical Pathologist and Senior Lecturer at the Department of Chemical Pathology of the University of Cape Coast School of Medical Sciences (UCCSMS), Dr Frank Naku Ghartey, even though that was a reproductive issue or biological reasons, it was one of the many contributory factors to developing the disease in Ghana.

He, however, cautioned that breast cancer was not the only disease linked to biological mechanisms since one could also develop cancer of the cervix, “hence, there is a cutoff point where beyond that giving birth to many or few children might not necessarily help since you could develop other conditions.”

He was speaking to The Mirror last Thursday in commemoration of Breast Cancer month, which is marked in October every year.

Dr Ghartey is also the National Secretary of the Ghana Breast Society with a strong interest in breast cancer research among black African women.

Some of the studies he has authored with other scholars are “Pattern of breast cancer distribution in Ghana: a survey to enhance early detection, diagnosis, and treatment” and “A Cross-Sectional View of Oestrogen Receptors in 32 Human Breast Cancer Tissues in Ghana”.

Breast cancer development
Breast cancer is a disease that affects women predominantly because it thrives on Oestrogen which is more in women than men.

Dr Ghartey said it came about when normal breast tissues acquired some genetic or environmentally-induced changes which ended up changing the behaviour of the normal breast cells, making them cancerous cells.

According to Dr Ghartey, those were the two main mechanisms that led to the development of the disease.

He also indicated that studies done over the last 10 years had proven that 99 per cent of the cases involved women, with the one per cent being men because women produced more Oestrogen than men.

In the case of men who got infected, he said cancer usually moved to the chest area quickly and reduced the survival rate.

Other factors
Dr Ghartey described the other causes as lifestyle-related issues, including diet and lack of exercise which led to obesity.

Apart from that, he said only a few, representing about five per cent of women, acquired the disease through hereditary (from their mothers who might transfer bad genes to them).

“You can even carry a bad gene as a woman, but live a healthy lifestyle, and that can reduce your risk of developing it. Being obese is a risk factor for breast cancer. Diets rich in animal fat and lacking plants and vegetable nutrients are also risk factors.

“I encourage people to eat healthy meals with a lot of plant and vegetable nutrients and cut down on the fat drastically and take in a lot of water always and that can reduce your risk of acquiring diseases, including breast cancer,” he emphasised.

New ways of treatment
Fundamentally, he said the treatments for breast cancers had not changed, namely surgery, drug administration and radiotherapy, but had all been improved to enhance the survival rate of the patient.

“The drugs that are being used now are more targeted at the specific cancers unlike before and that is known as targeted therapy.

“Now the problem is the cost which keeps rising and that is also affecting the victims because many are not able to go through the treatment thoroughly and that also tend to affect the survival rate,” he explained.

He said usually when breast cancer patients were treated, they were able to survive about five years or more, adding that the current survival rate in the country was 47 per cent which was lower than the 75 per cent expected due to the lack of adherence to the treatment as a result of cost coupled with the level of awareness and other factors.

Awareness
Within a period of 10 years, he said about 50,000 women had been surveyed, and it has proven that the number of females developing the disease were those who were 18 years and above, and that constituted about one per cent of the number of women affected.

In all of that, he advised that there was a need for early detection and treatment.

The medical expert also called for attitudinal change towards breast cancer on the part of patients, families, healthcare professionals and the government.

While calling on the government to expedite actions on, including breast cancer treatment on the National Health Insurance Scheme (NHIS), he called on healthcare providers to be more professional when handling such cases and families, especially spouses, not to leave victims to their fate.