Can police compel a suspect to do DNA test? 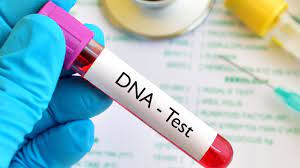 Dear Mirror Lawyer, Is DNA effective in aiding policing and criminal investigations in Ghana? Can a suspect be compelled by the police to submit to a DNA test?

Dear Tony, DNA is the short form for a scientific term called DeoxyriboNucleic Acid. DNA profiling is a forensic technique used to identify individuals by characteristics of their DNA.

A DNA profile may vary from one individual to another. These DNA variations can be used to identify people or at least distinguish one person from another just in the same way as fingerprints are unique to an individual.

DNA is the modern way of determining a person’s parentage and criminal activity, among others. It is the hereditary material in humans and almost all other organisms.

The DNA material governs the inheritance of eye colour, hair colour, stature, bone density and many other human and animal traits. Our body's cells each contains a complete sample of our DNA.

There are muscle cells, brain cells, liver cells, blood cells, sperm cells and others. Basically, every part of the body is made up of these tiny cells and each contains a sample or complement of DNA identical to that of every other cell within a given person though there are a few exceptions such as our red blood cells which lack DNA.

First developed and used in 1985, DNA profiling is used in, for example, parentage testing and criminal investigations to identify a person or to place a person at a crime scene, techniques which are now employed globally in forensic science to facilitate police detective work and help clarify paternity and immigration disputes.

The use of DNA evidence in criminal investigations has grown in recent years. DNA testing has helped law enforcement agencies identify criminals and solve difficult crimes.

On the other hand, DNA evidence has helped prove that many convicted people are actually innocent.

Since a person's DNA is located throughout his entire body, any materials left from his body at a crime scene will contain his DNA. Some examples of bodily materials that contain DNA evidence which investigators can pick at a crime scene are blood, saliva, sweat, hair, teeth, mucus, fingernails and semen.

Some examples of places where DNA evidence may be found include cigarettes, clothes, stamps, bite marks, weapons, cups and tissues.
DNA evidence can be easily contaminated during collection and storage. Contamination can occur when DNA evidence mixes with the DNA of another person.

Law enforcement personnel therefore take all precautions not to compromise the evidence. Examples of precautions that personnel take include wearing gloves, avoiding coughing or sneezing on the DNA evidence; preventing the storage of DNA evidence in direct sunlight or a warm setting and using paper bags or envelopes for storage rather than plastic bags.

Paper bags are preferred because plastic bags usually retain moisture that may damage the evidence.

Since every person has a unique DNA, the discovery of a particular DNA evidence at a crime scene can help law enforcement personnel determine who was involved in the crime.

On the other hand, law enforcement officials can determine that a particular suspect wasn't involved by the absence of his DNA. The technique used by law enforcement personnel to identify people based on their DNA is called DNA profiling or genetic fingerprinting.

DNA profiling is highly accurate as long as the evidence isn't contaminated. When tested, DNA evidence can be an incredibly powerful tool to solve and prevent crime. It can identify an unknown assailant and confirm the presence of a known suspect.

It can affirm the survivor's account of the attack and discredit the suspect. It can connect the suspect to other crime scenes. It can exonerate innocent suspects.

When used to its full potential, DNA evidence will help solve and may even prevent some of the country’s most serious violent crimes.

Suspects are required to assist investigators looking into a crime by writing statements, providing fingerprints, surrendering tools used for a criminal act and also providing samples for DNA testing.

The law enforcement officers will resort to the court for an order if a suspect fails or refuses to assist the investigators with any evidence required.