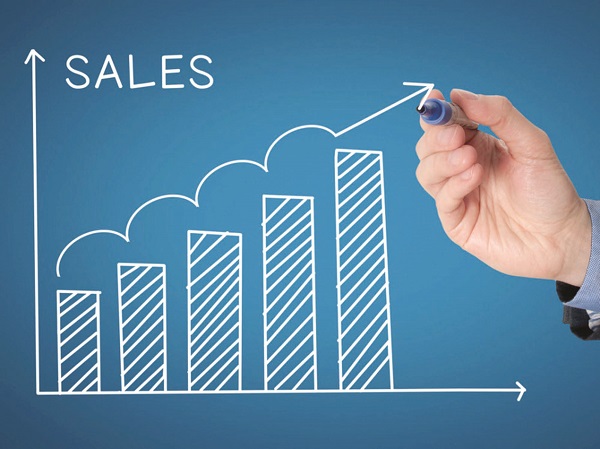 A decade and half as a salesman. I have worked with two of the biggest multinationals in the FMCG beverage space in Ghana - The Coca-Cola Bottling Company of Ghana Limited (TCCBCGL) and Guinness Ghana Breweries PLC (GGBPLC) across various levels of management. During this period, I have had the opportunity to work in some of the most developed markets in Ghana such as Kumasi, Cape Coast, Sunyani and Tamale.

I have also worked in some of the most underdeveloped markets across the country such as Kwame Danso, Seikwa, Hwidiem in B/A to Bimbila, Salaga, Tongo, Hamile, Tumu, etc. The journey to my current role as Head of Northern Division (with GGBPLC) has been winding but also mixed with delivering consistent outstanding business results over the years.

In this article, I will recap some first-hand experiences in the less developed markets. My objective here is to provide a guide to sales professionals, rookies or pros on how they can survive and thrive in the places everyone said to me, “don’t go”

Personal growth: when I first had the opportunity to work in the North (with TCCBCGL) in 2013 to 2014, I was to be stationed in Tamale but responsible for the three traditional northern regions i.e. Upper East, Upper West and Northern Region; not even a single friend or family member encouraged me to take up the role. But for some reason, I saw it as a stepping stone to greater things in the future and how right I was. I had my first opportunity to manage a larger team of 34 employees (direct and indirect) to really build my leadership capabilities.

I also had the opportunity to manage a bigger responsibility which was not only limited to my core role as a sales leader as it incorporated having a functional perspective on finance, supply, HR, etc.

I remember having my contract staffs going on strike during my first month in charge of the Northern Business operations.

It thought me how to manage labour issues and get things done. I have always rated this period of my career as one of the best phases.

The other growth opportunity is having the chance to manage a whole territory and sometimes whole administrative regions.

This clearly throws the spotlight on you with regard to performance and career development as your performance is clearly related to the outcomes of the territory.

Access to new markets: very critical to growth and business sustainability. It’s worth noting that such markets struggle to get access to basic groceries and drinks that are easily accessible in the big cities of the country.

The good thing about working in less developed areas are the opportunities it provides to uncover new markets and improve distribution of your products (numeric distribution).

For example, in 2018, I remember going on a trade accompaniment and listing Johnnie walker scotch whiskey into outlets on the Nandom – Hamile stretch for the first time when it was previously thought impossible by the Key distributor and Sales Executive for that area.

Such are the wins and fulfilment you get in working in such terrains.

I assure you that you will be amazed at the opportunity these less developed areas offer companies to develop their market and sustain their products.

Reaching out to such markets and developing it often led to complete loyalty from retailers and wholesalers who tend to see you as God Sent.

Execution of sales drivers: sales drivers are the factors that influence sales at the point of purchase. These factors include Quality, Distribution, Visibility, Pricing, Promotion and Persuasion.

I have always maintained that an effective utilisation of these factors will surely guarantee you the needed sales outcomes.

With too many alternatives available in the developed markets, getting retailers and wholesalers to stay true to these factors are quite difficult, especially on Pricing.

In the less developed areas, you’re able to engage and get pricing fixed to guarantee improved rate of sale (ROS) which ultimately leads to profit for both retailers and company.

Souvenirs which serve as visibility materials are revered and often plays a key role in closing big sales and boosting loyalty and bond for a very long time which ultimately will make beneficiaries promoters of your brands.

Building and nurturing talent: one of the joys in working in such territories is the uncommon opportunity you get to build and nurture Team Members via providing secondment and/or delegation.

It means being deliberate in building their abilities to act and stand on their own in their respective areas as such territories are mostly wide and far.

It will mean getting sales executives to behave as Territory Managers and sometimes Regional Managers to drive business engagement with Key Distributors (KDs) and wholesalers and letting them lead the engagement.

It also means being deliberate in creating visibility at HQ for reports by letting them be part of Leadership Meetings as an understudy. And providing opportunities for reports to build their people skills by aligning them to lead weekly Business Unit Performance Reviews; letting them lead trade or market visits by the Exec Team, etc.

For Example, in the year 2020, I took the uncommon decision of letting a level 6 take charge of the Business Unit’s Weekly performance reviews. I provided the necessary guidance and support until it became second nature.

This also exposed him to high level analytics on performance. Currently, he’s deemed one of our brightest employees in the commercial space.

Knowing your country and breaking prejudices: one of the key wins in working in less developed areas is the opportunity it offers you to break certain biases and beliefs you might have acquired over the years.

I remember getting to Tamale and Bolga for the first time in 2013 and falling in love with the town and its people on my first visit.

What I saw on my first visit was a complete opposite of the news I used to hear down south.

On the other hand, working in a less developed area offers you the opportunity to appreciate your country better; and understand clearly how your country’s development agenda is being implemented.

It also helps you to appreciate life in general and sometimes offers you the unique opportunity to offer help to others.

Generally, the key win in working in such territories is this feeling of being seen as an embodiment of your company which guarantee you respect in the territory which then breeds an overwhelming joy and the energy to implement desired goals thoroughly.

Moreover, little sacrifices made to retailers are often recognised and appreciated and not necessarily seen as part of one’s functional duties e.g. ability to supply extra stock during the weekend or at late night or redeploy near BB date products to other outlets for it to be depleted quickly and capital refunded.

The writer is the Divisional Sales Manager, GGBPLC