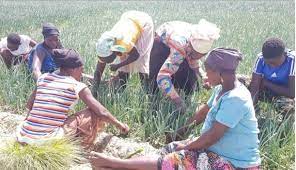 In addition, there should be budget allocation in support of renovation of malfunctioning irrigation facilities across the country to address the unreliable rainfall pattern and its effect on farming in the country.

“The Pwalugu multi-purpose dam should be prioritised with more resources allocated to the project to reduce the effects of flooding associated with extended rainfall and annual opening of the Bagre dam,” the PFAG stated in response to the call by the Ministry of Finance (MOF) for stakeholder inputs into the 2022-2025 Budget and Economic Policy.

The 1V1D was expected to provide all year water for smallholder farmers in the northern parts of the country.

An assessment of the (1V1D) on the livelihoods of smallholders in Ghana by the PFAG in 2020 and presented to government highlighted the challenges and unsuitability of some of the dams to beneficiary communities.

Consequently, some of the dams were rehabilitated and the government promised to work on the remaining ones after the 2020 election.

However, PFAG said its analysis of the 2021 budget and economic policy found no budgetary allocation for continuation of the uncompleted dams.

That has rendered some of the dam sites unusable and dangerous for community members.

Moreover, the changing climatic conditions characterised by extended droughts and long periods of rainfall experienced during this planting season is discouraging farmers from further production and deepening the already volatile food security status of the country.

“To make the 1V1D concept useful for smallholder farmers, the government should rather identify appropriate allocation with the districts and consolidate the remaining money for the 1V1D project for construction of relatively large dams that can serve the needs of several communities instead of construction of smaller dams in every village,” it proposed.

Meanwhile, PFAG has outlined other key areas of relevance for agricultural transformation in Ghana that required budget support; these include the Fertiliser Subsidy Programme (FSP), climate change, mechanisation among other things.

It has, thus, called on the government, through the MoF, to prioritise these areas for investment in the 2022 budget.

FSP
According to the Ministry of Food and Agriculture (MoFA), the overall objective of the FSP is to support domestic utilisation of fertiliser in crop production and not necessarily to be used as a tool to augment farmers' incomes.

Therefore, to avert any of the challenges associated with the FSP (hoarding, diversion, smuggling, overpricing), which has serious implications for value for money, and also work towards the development of the sector, PFAG has recommended for consideration in the 2022 budget, clarity on the objectives of the FSP.

“It is unclear what fertiliserutilisation rate means, but if considered as the total number of smallholder farmers (SHFs) that use fertiliser, then one can infer that about three million beneficiaries, the programme will be terminated and farmers will be responsible for directly engaging the market to secure fertilisers for their use regardless of challenges that may exist in pricing, access, quality and durability, all of which require some critical attention,” it said.

The PFAG also proposes a mechanism for profiling and targeting SHFs for the FSP.

“With targeting, there will be efficiency in the implementation, reduce overall expenditure on the FSP, reduce smuggling and ensure that deserving farmers get subsidisedfertiliser at the right time. The targeting will also give government opportunity to properly forecast the estimated beneficiaries and plan accordingly,” it said.

Members of PFAG have also called on government to make budgetary allocation in support of the MoFA to undertake sensitisation programmes on sustainable farming practices including establishing agroecology demonstrations centres and field schools in the various districts.

“Government should also make allocations to support existing sustainable farming centres to augment their capacity building exercises for farmers and other producers,” it said.

In relation to mechanisation, PFAG said the state should facilitate the manufacturing or importation of appropriate mechanisation equipment such as power tillers, small planters and harvesters, corn shellers, shea pickers and steamers which address specific needs and subsidised in a way that can be afforded by SHFs, especially women.

“This is currently being practiced in India, China and many countries in Europe. This is possible by providing financial guarantees or tax incentives for manufacturers and importers of these equipment.

- The Food and Agriculture Organisation (FAO) says a reliable and suitable irrigation water supply can result in vast improvements in agricultural production and assure the economic vitality of the region.

- Small holder farmers continue to see the FSP as motivation to reduce cost of production by increasing their farm size and subsequently increasing food production and supply in the country.