Why do some fresh babies develop breast enlargement? 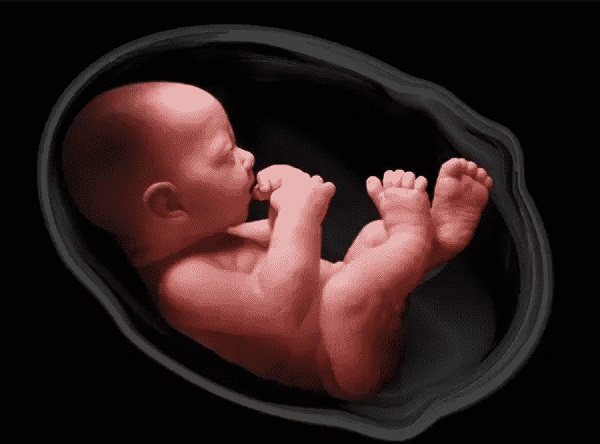 Dear Mirror Doctor, Why do some fresh babies develop breast enlargement and do we need to squeeze the milk out?

My mum insists I squeeze it else it will harm the child in future. Please urgent response needed

Dear Worried mum, Certain changes happen in pregnancy, including cessation of menstruation and breast enlargement in preparation for breastfeeding.

These changes are brought about by certain chemicals in the mother’s body called hormones. The developing baby (fetus) is exposed to all these hormones and actually thrives in an environment very rich with different hormones performing different functions but working in tandem to sustain the pregnancy. Newborn babies show signs of exposure to these hormones in a variety of ways.

Female newborn may show signs of this hormonal exposure by having whitish vaginal discharge. Other newborns develop breast buds or lumps, which may even produce colostrum (the same initial fluid breastfeeding mums secrete)

Breast development in general is influenced by the sex hormone called estrogen. The levels of this hormone vary significantly at different times during the life of an individual resulting in changes throughout the body.

These changes promoted by estrogen include maturation of mucous membranes of the vagina, breast enlargement, and bone maturation. Because the expectant mother’s breast must mature in anticipation of breastfeeding, estrogen is produced in high levels to bring about this change.

Unfortunately, the developing baby also gets exposed to these same hormones as they easily pass through the placenta into their bloodstream leading to, among other effects of this hormone, breast enlargement in newborn babies.

However, these initial effects generally subside within the first few weeks after birth because these hormones that passed from mother to baby cease after delivery. For males, regression of the breast begins and normalises over the next few weeks. However, over the next few months, the female infant's own hormone system begins to mature.

This maturation involves the signals the brain gives to the ovaries of female babies to make sex hormones. It is at this time that estrogen levels go up again peaking at about four months of age.

This increase in levels may be enough to sustain breast development through early infancy.

Over the next one-and-a-half years, the child’s own hormonal system undergoes further maturation allowing for the inhibition of these signals and cessation of these hormones.

At this stage, the breast enlargement stops their development or regresses.

If nothing is done to this breast, the natural cycle described above will go on and the breast will shrink to the normal levels as the child grows.

The effect of this hormone, as already mentioned above, is not limited to the breast alone. Sometimes as a result of this sudden withdrawal of these hormones (because the child is born and leaves the mother’s womb) the child suffers withdrawal symptoms.

These include some whitish discharge from the vagina which may persist for days and in some cases frank vaginal bleeding (neonatal menstruation).

These symptoms, as scary as they may be, are very benign and mothers need not worry at all. In some extreme cases, estrogen cream is applied to help stop the bleeding.

The only worry medics tend to have is the cultural practice of squeezing the fluid out of the breast. In some cases, a flat object is applied to the breast to help squash the breast.

These practices lead to infection of the breast called mastitis. It is worth noting that in some cases mastitis can develop de novo without any physical manipulations. It typically occurs in infants younger than two months of age (neonatal mastitis).

During the first two weeks of life, neonatal mastitis occurs with equal frequency in girls and boys. Thereafter, it is more common in girls, with a female: male ratio of approximately 2:1. This is thought to be related to the longer duration of physiologic breast enlargement in female than in male infants.

As stated above, manipulation of the neonatal breast to express a clear or cloudy (milk-like) nipple discharge ("witch's milk") has been considered to be a risk factor for breast abscess.
So apart from this complication of mastitis, there is absolutely no reason why one should worry about an enlarged and discharging breast in a baby.

All the child needs is occasional examination by the paediatrician to ensure that nothing untoward is happening to the child. Time is the only remedy. There is no need to take any medications unless it is prescribed by a doctor, nor is there the need for any vaccines.

These breast swellings do not in any way interfere with the childhood immunisation programme.

If there is mastitis with pus development, then there would be the need to drain the pus and administer antibiotics.

As mentioned earlier, most of the abscess development stems from attempts to squeeze the milk out. Please don’t squeeze it.