Money bouquets; Show of love or show off? 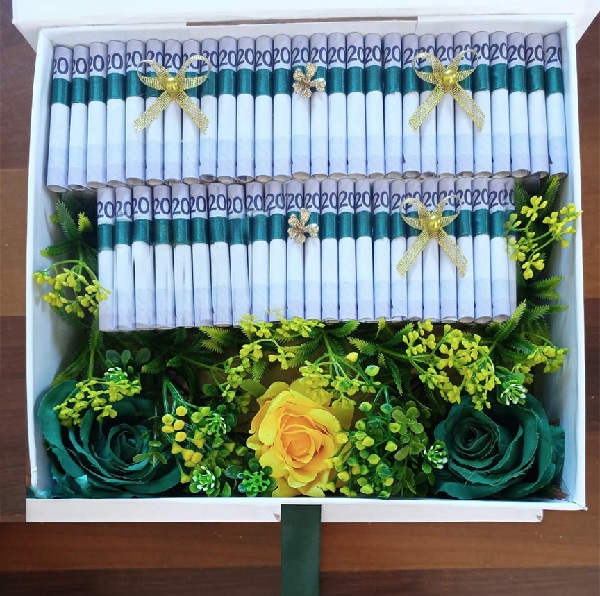 When it comes to sending gifts to Ghanaian women, there is a popular assumption that most prefer money to flowers or chocolates.

To some men, sending flowers is romantic and a way to butter up a woman, but what do you do when a gift intended to make someone feel special turns the person into a mathematician?

For some women, immediately they receive flowers, especially natural ones, they begin to search for their prices and what they could have done with the money.

For women who prefer cash to flowers or other gifts and for men who love to show their romantic side with flowers, money bouquet, which is slowly becoming a trend, is a win-win for both parties.

A money bouquet is a flower designed with real currencies.

The money notes are styled into different shapes depending on the giver’s preference and amount involved.

One of the popular vendors on Instagram, Anita Sam who handles the jecurl_balloons page, told The Mirror that she saw the trend in some western countries two years ago and decided to replicate it in Ghana last year.

She said feedback had been positive as more people contacted her for different designs as gifts to their loved ones.

She said the minimum amount for a bouquet was GH₵100 and the giver decided which denominations to use.

To create the designs, she also charges between GH₵100 to GH₵200 depending on the style. 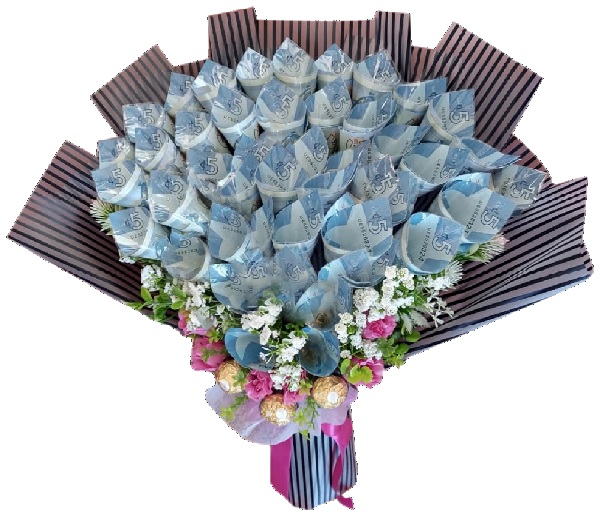 “The cost depends on the style, I also add chocolates to the bouquet and the money so if a client wants more chocolate, the price may go up.”

She agreed that the money bouquet trend had caught on as more people contacted her for designs each week saying “When you visit my page, you realise I have watermarked all my pictures. Some fraudsters were taking advantage of the high demand using pictures from my page to defraud others. They copied my designs and shared it as theirs to unsuspecting people who also sent money to them.”

Ms Sam, a florist said the designs might look simple but creating them required time and attention to details.
“If they are not properly arranged, the notes will fall off or crumple if they are in a box. Also, because it will be on display, the notes must be neat and new”.

Show off or show of love?
Social media platforms have become places where people show their affection to loved ones and flaunt their wealth.

The money bouquet trend has become a “must-have” for some birthday celebrants.

There are also cakes designed with real currencies. 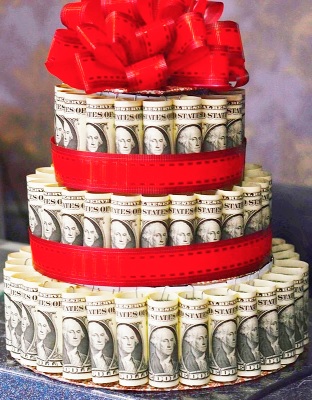 Another vendor, Naya, said she did not see money bouquet as a show off but rather a show of affection.

“On birthdays, the commonest gifts people send are cakes but not every celebrant likes cake. I am yet to see anyone reject or abandon a money bouquet so it means people who receive them like them,” she said.

Some people who spoke to this reporter also argued that the money could be presented to the recipient without designing it into a bouquet.

This donor decided to use 50 Pound notes

According to Nana Ama Frimpong, she would prefer money presented in an envelop or transferred to her account rather than showing it to the world.

“Those who design them also charge to do that, so I will prefer you give me the whole amount instead of paying someone just to show off”.

She however added that if any friend decided to present her one on a birthday, she would accept it but would not share pictures of it on social media.