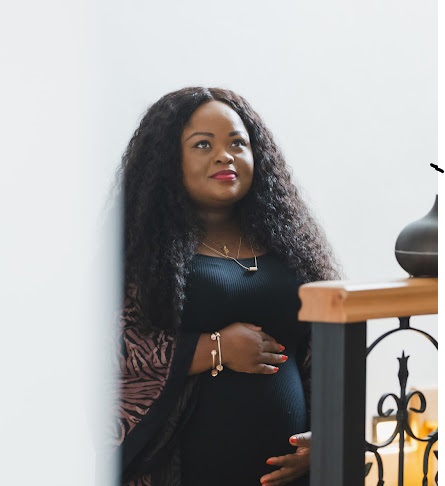 It takes a lot of strength and courage for a person struggling with fertility to open up and share his/her struggles, especially in our part of the world.

Infertility and its challenges are still shrouded in so many myths and misconceptions making it difficult for couples, particularly women, to talk about their challenges, fears and even seek help.

Late last year, I chanced on an Instagram page (@realising_baby_dreams), a personal blog, by a Ghanaian woman who was openly talking about her struggles to conceive, details of her treatment options and other difficult truths about infertility.

Blogging or sharing personal stories is not new thanks to social media but blogging about such a personal journey, which may be considered as a ‘taboo’ by some people, takes more than knowing how to string words.

This week, when The Mirror spoke to Ms Elorm Ahiati, the woman behind the blog, she admitted that opening up on such a personal issue took some time but she felt the need to help break the many myths and stigma faced mostly by women with fertility issues. “I am a very private person, I love to be in my corner but this topic is important too, that is why I shared it,” she said.

Advocacy
Ms Ahiati was recently delivered of a set of twins (boys) conceived through In vitro fertilisation (IVF), an assisted reproductive technology.

During the interview, I could feel her sense of joy but behind all the laughter and happiness are a ‘1000’ needles and emotions.

Her journey to motherhood was full of hospital appointments with different health experts (all ‘invading’ her vagina), taking countless jabs and medications intended to help her conceive, surgeries, uncertainties and a lot of money.

Ms Ahiati documents her journey and shares stories of other women

She recounted that after seven months of trying with her husband to conceive, they decided to seek medical attention. Elorm was over 35 and so the doctors suggested anti-Müllerian hormone (AMH), a test that measures a woman’s eggs and, semen analysis for her husband. The results from the test were fine; she and her husband were both okay to conceive.
Elorm had fibroids so she assumed it could also be a reason for her inability to conceive naturally, however, a visit to another specialist revealed that the fibroids were not the problem, rather, both of her tubes were blocked.

IVF journey
Before they finally decided on IVF, she had a myomectomy (removal of fibroids) and another procedure to unblock her tubes. A scan after that procedure indicated that her right tube had opened but three months after that she still hadn’t been able to conceive.

After weeks of taking different shots, which were intended to stimulate her eggs, she was given a “trigger shot” to enable the ovaries to mature. That is going through the insemination procedure, A beta HCG test, a blood test used to diagnose pregnancy showed she was not pregnant.

“I was optimistic that the procedure will be successful, the day of the test was my birthday so I thought I was about to receive the best birthday gift but unfortunately, it didn’t happen.

“My specialist had suggested we try the IUI twice but after the first failed process, we just decided to go for IVF,” she said.
In June last year, she started the IVF process which she documented in detail on her blog. 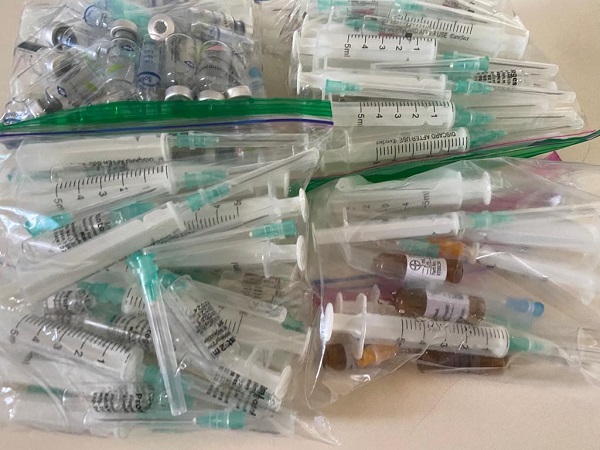 The number of shots she has taken is uncountable

The search for information on IVF processes in Ghana is what led her to sharing her personal journey. All the information she found online were from people living out of Ghana and their health system was completely different.

“There were a couple of people we (my husband and I) knew who had gone through the process but we didn’t know the details. Later when I opened up on my issue, I realised the reality here was different from all I had read and videos I had watched on YouTube. That is when I decided to start my blog. I had decided to start the IVF journey because my platform was like a resource for other Ghanaian women to educate themselves and also serve as a support group for women going through the process of going through infertility in general,” she explained.

“Aside the emotional and hormonal roller coaster, many hospital visits, which are mainly made up of “people” assessing and entering your vagina, assistive reproductive technologies and other procedures are very expensive. Initially, I wasn’t planning on documenting my journey so I didn’t take proper account of the money we used. But the IVF and other auxiliary procedures were about $10,000. I like to quote in dollars because most of the facilities in Ghana which offer these services charge in dollars so you pay the Cedi equivalent,” she said.

Medicine and faith
One of Ms Ahiati’s aims is to break the myths around infertility and she told The Mirror that since she started, many women who had or were experiencing similar challenges had opened up to her and some of the stories were disturbing.

“There are many women who have been conditioned to believe that their situation is a result of a curse of voodoo or something they might have done wrong and so instead of seeking medical help, they move from one religious place to the other.

“I am a religious person too, and believe in the power of God. The success of my IVF still remains a miracle to me and my family because other women with similar conditions try several times without success. God worked through the specialists to give us our babies.”

IVF and other assistive reproductive technologies are gradually gaining prominence in Ghana but some people who use these procedures do not acknowledge the procedures in their “testimonies”.

Ms Ahiati added that that trend also made people trying to conceive believe that they could also get their “miracles” at the “appointed time” instead of seeking help.

Support
Struggling to conceive comes with many emotional challenges and Ms Ahiati believes that supporting couples in such situations could help offload some of the burdens.

She said most insurance policies did not cover these procedures making it difficult for people to assess. She also mentioned that some close friends or relatives either directly or indirectly had an impact on the mental well-being of a couple waiting.