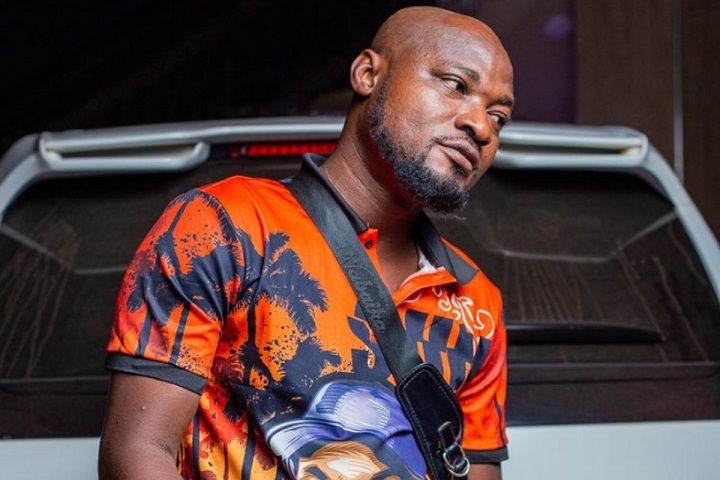 Comedian/actor Benson Nana Yaw Oduro popularly known as Funny Face has been arrested by the police for issuing threats against the mother of his three children Vanessa and some other individuals.

A statement issued on the Ghana Police Service's social media pages indicated that Funny Face was arrested at 10:14 p.m. on Monday, October 18.

He said some unprintable words and accused Vannessa and her mother of trying to extort money from him. He also said he wasn't afraid to die and he was going to kill her and kill himself afterwards.

The threats compelled the police to take action. In the statement, the police also indicated that due to Funny face's history, they would take him to court for an order for psychiatric examination which will enable them to determine their next line of action.

Funny Face in Police Custody for Allegedly Threatening Some Individuals.

Due to the history of the suspect, the police shall submit Benson Nana Yaw Oduro Boateng to the court for an order for psychiatric examination, to determine the next line of investigative action. pic.twitter.com/p1BdfprsqF

Funny Face has in the last few years battled depression which has led to him pulling a lot of stunts. Earlier this year, he was arrested by the police for firing shots at a drinking bar in Kasoa and accused the police of manhandling him.

I advised Funny Face but he never listened – Akrobeto

I would have been dead if not for God - Funny Face

Too many fake people in entertainment industry – Funny Face

US-based woman sues Funny Face for allegedly owing her over $53,000

He was arraigned before court where he was ordered to undergo psychiatric evaluation and spent some time at the Accra Psychiatric Hospital.

The conflict between him and his baby mama has been a long-running one which has seen them make serious allegations against each other.

While they seemed to have made up, things didn't stay calm as expected and Funny Face has again started fighting with Vanessa again.