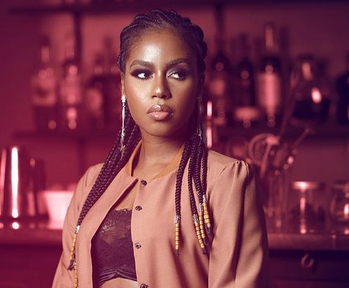 Since she emerged on the music scene nearly a decade ago, Afrobeats artiste MzVee has managed to stay out of trouble and be scandal-free and according to her, it is because she is deliberate about that.

According to the singer, it is not as if trouble doesn’t find her but she intentionally ignores anyone trying to get her into any problem.

“I get a lot of people trying to get me into trouble by saying things about me that are untrue. I hear stuff about me that I sometimes want to respond to but when I look at my brand and my focus, I intentionally forget about everything and let it go.

“Staying out of trouble is so easy for me but I wonder why some celebrities are not able to do so,” she told Graphic Showbiz recently.

Citing an example, the Borkor Borkor artiste said she won’t go online and fight or explain issues that concern her.

“Going online to exchange words or explaining myself about a particular issue about me is the last thing I would ever do. Ignoring my haters is so simple for me. I have been doing it over the years and it has really helped my brand.

“That is the reason my issues are not out there. More so, I want to work with serious brands and I know good brands don’t want celebrities with too much drama around them,” she said.

There’s no us without the fans – MzVee

MzVee also revealed that she was not the type who keeps many friends around her and that is because she is afraid of being betrayed.

“I am very emotional and the last thing I want to see is for a friend or someone I know to betray me. I cannot just stand that so I keep very few friends I trust so that I don’t get hurt. It takes a while for my heart to heal when it gets broken,” she said.

Talking about her music, MzVee, who just released her latest single Coming Home featuring Nigeria's Tiwa Savage, said she was grateful she had a team around her who are doing a great job for her.

“Coming out from a big record label like Lynx Entertainment, it is not easy for me to be on my own as an individual but I thank God that I have a solid team who is always making sure that I do the right thing,” she said.

Known for songs such as Natural Girl, Borkor Borkor, Hold Me Now,  Rewind, I Don’t Know, Dancehall Queen, Daavi among others, MzVee said she would be coming out with an album next year.