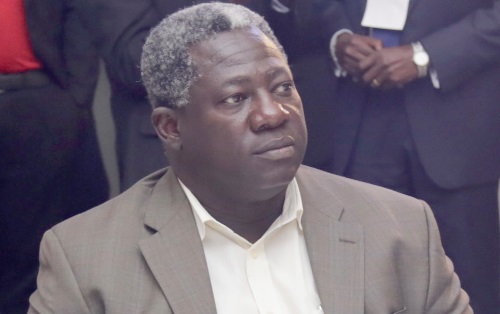 Printing and packaging firms in the country have called on the government to exempt them from paying duties on raw materials such as paper, ink and cardboard to enable them to produce at lower costs and make their products affordable on the local market

to them, the move would also make their products competitive, given that some companies also imported finished products in similar packaged materials.

The Chairman of the Printing, Packaging and Stationery Sector (PPSS) of the Association of Ghana Industries (AGI), Mr James Dadzie, told the Daily Graphic on the sidelines of the GRAPHIC BUSINESS/Stanbic Bank Breakfast Meeting in Accra on July 31 that, “Pharmaceutical producers import boxes and labels which are the finished products of printing and packaging companies from India and Germany at a duty-free charge. Meanwhile, cardboards which are used in the production of the same products in the country are slapped with a 20 per cent import duty.”

“Even their packaging materials and other stationery, including calendars, are classified as raw materials. These materials are finished goods for printing and packaging firms,” he added.

He said the practice, which was collapsing the businesses of printing, packaging and stationery companies, was also the state the much-needed revenue in the form of import duties.

As a result, he noted that the government needed to re-examine the exemption regime and remove duties on imported raw materials of printing companies to help save printing and packaging businesses.

Mr Dadzie said production at the printing and packaging firms was currently stale because firms only used the local factories to sustain them for periods that they did not get imports.
“When they have packaging shortfall, they come and request for about 2,000 pieces and later import over one million from Germany and India, knowing very well that they will be exempted from duty,” he added.

Mr Dadzie bemoaned how some companies expected them to sell their products to them at an exempt price because they classified it under essential services when importing, although the printing firms were charged duty on the materials they used to produce the goods.

For companies that did not agree to such requests, he said they normally lost the clients.

“We are already 20 per cent higher in cost at the raw materials, so we cannot compete with an Indian company whose items come into the country with no duty placed on them,” he stated.
Mr Dadzie revealed that this had led to many pharmaceutical companies and printing firms going to India and Germany to manufacture and bring the finished products into the country with no duty charge under the guise of importing essential services.

The result, he said, was increased importation to the detriment of domestic manufacturing, loss of jobs, value addition and low industrialisation.

Mr Dadzie mentioned the Florence Convention which allows the free movement of intellectual property, including books, as another policy which was affecting the operations of the sector.

Because of the exemptions under the convention, he said every publisher preferred to print in Germany and India and import them without paying duty, whether it was a textbook or supplementary reader.

He lamented how local publishing companies were expected to charge value-added tax (VAT) on books published in the country, with the exception of textbooks approved by the Ghana Educations Service (GES), when imported books were exempted from import duties.