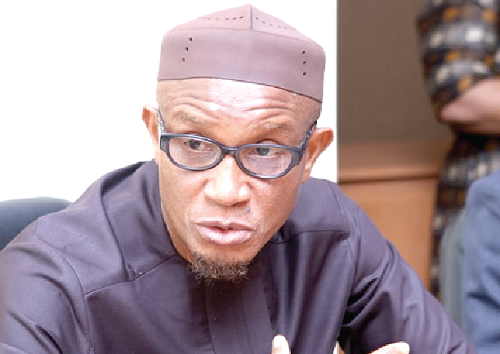 The National Petroleum Authority has said it is committed to ensuring fair pricing of petroleum products in the country.

The authority noted that although price disparities were expected due to the deregulation of the sector, it would consistently continue to monitor the Oil Marketing Companies (OMCs) to ensure no one was selling too high or too low in the market.

Speaking at a media engagement in Accra, the Head of Pricing at the NPA, Mr Abass Ibrahim Tasunti, said the NPA reviewed every company’s price to ensure no customer was being short changed and no company was also selling at an unrealistic lower price.

“We have to ensure fair pricing on the market so we review prices and also monitor prices at the pumps,” he stated.

Explaining the price disparities on the market, he said, that was because the OMCs did not buy at the same price from the Bulk Distribution Companies (BDC).

“Two OMCs can go to the same BDC and buy at different prices based on several factors. Your volume could be one factor, track record, credit worthiness and the credit terms you have with the BDC which will result in difference in ex refinery prices,” he explained.

He said the NPA, however, had a system in place to monitor the price at which every OMC was buying products from the BDCs.

“In a free market like ours, if you are a smaller brand and want to compete, you have to come up with other smart ways of making your product cheaper than others so the smaller brands make sure they are able to get the product cheaper and able to sell to consumers at a cheaper rate.

“The other aspect is that if I am a small company, I won’t use the same margin because the formula is such that the only component that you have control over is what price you buy from the BDC and what margin you add. So if I am getting a lower price from the BDC and also use a lower margin, then my price will be cheaper,” he explained.

He said the NPA did periodic monitoring to ensure that no OMC was selling at a lower price due to some illegality.

“So we look out for these companies. It’s not every company that you see selling at a lower price that is involved in an illegality,” he noted.

He said the NPA addressed the issue of illegality with different mechanisms which included sanctions and suspensions.

The Chief Executive Officer of the NPA, Dr Mustapha Abdul-Hamid, called for the depoliticisation of petroleum pricing and the deregulation regime.

He said the issues of petroleum pricing should not be a political matter.

“An educated journalism fraternity on the pricing of petroleum mechanism in a deregulation environment is very critical for the survival and peace of the country,” he stated.

He, therefore, urged the media to always ensure that Ghanaians were well informed.