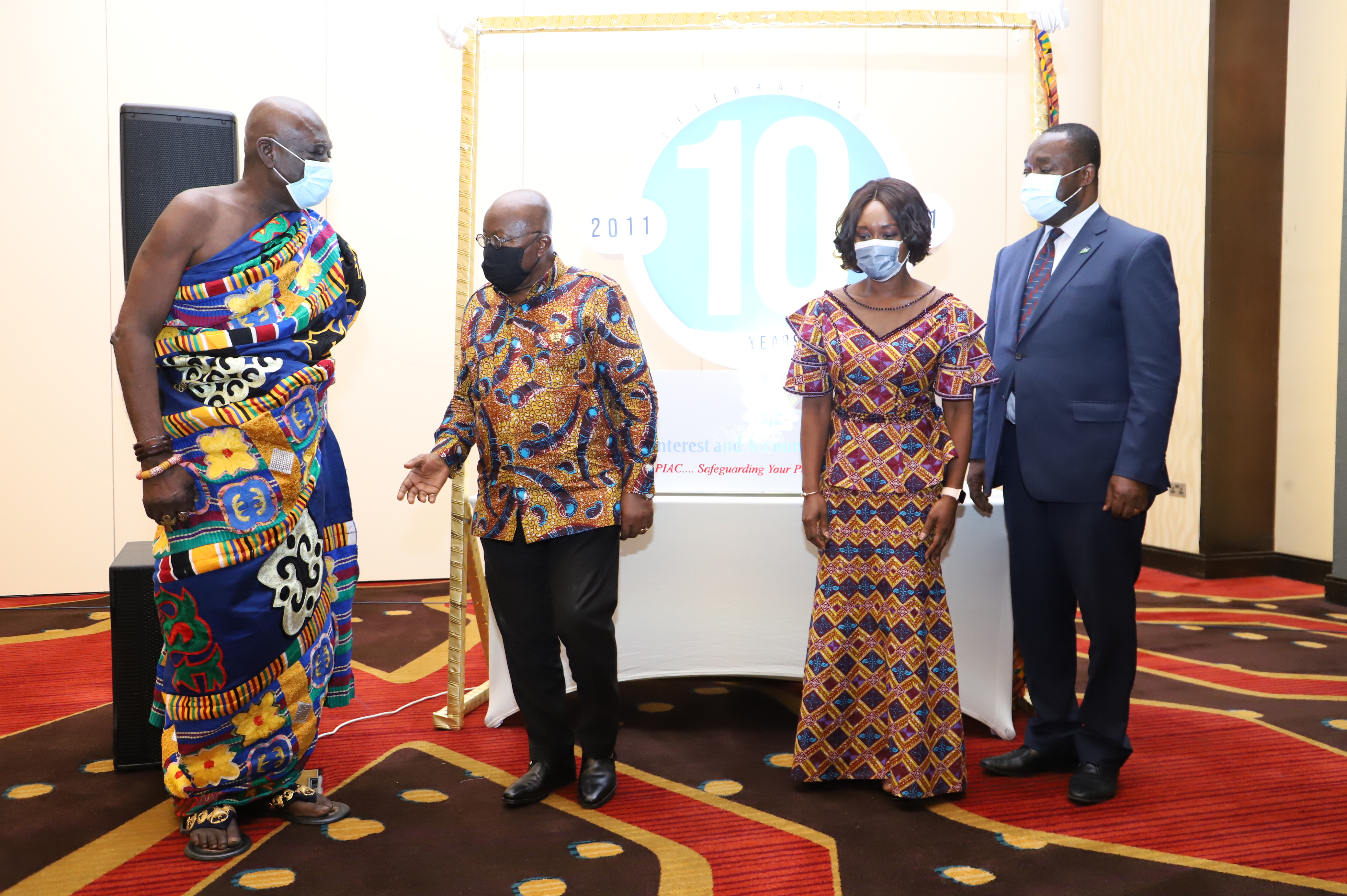 The government has been asked to ensure that recommendations made by the Public Interest and Accountability Committee (PIAC), are implemented to ensure that the country moves from transparency to accountability in managing petroleum revenues, such that investment into public projects go to where they are most needed, drives up costs and does not distort resource allocations and priorities.

PIAC has oversight responsibility in the management and use of the country’s petroleum revenues,

A former Chairman of PIAC, Dr Steve Manteaw, made the call during the launch of the 10th anniversary of PIAC in Accra on March 24, 2021.

He said PIAC began to engage stakeholders, particularly the reporting entities, on the possible implementation of the recommendations of the committee.

“Project inspection for PIAC is key in ensuring accountability. We have disclosure being made by the government as having spent the money on specified projects and going to verify is very important for us to ensure that the money has been used and used judiciously,” he said.

Dr Manteaw noted that the committee had managed to deliver on its mandate even though a lot more could be done, especially in the area of project monitoring and constituents engagements.

He said credit should be given to the government, development partners and the pioneering members of PIAC for their sheer determination to make the PIAC ‘experiment’ work in Ghana.

“Advocacy groups, civil society and the media that followed and ensured that PIAC got funding from the Annual Budget Fund Amount (ABFA) deserve commendation. The need for continuous support from PIAC constituency groups cannot be overemphasised, “he said.

According to Dr Manteaw, PIAC signified a new dawn in the management of the country’s natural resources because it appeared citizens had lost hope in the ability of politicians to deal with issues dispassionately and in non-partisan manner.

“The suggestion, initially, came under severe attack from Parliament. Compromises had to be made to keep PIAC in the Petroleum Revenue Management Act (PRMA). Civil society organisations (CSOs) decided not to leave the management entirely to the politicians but to also work to ensure it inures to the benefit of Ghanaians,” he said.

PIAC was evicted from its in 2014 because of the landlord’s refusal to renew its tenancy and it was perceived as an independent non-governmental organisation and so it had to fend for itself.

In relation to funding, the PRMA (Act 815) made no provision for funding the PIAC. Therefore, GH¢345,000 out of a budget of GH¢1.3 million released by the government in 2012 was sufficient to only rent an office.

Also, the secretariat was manned by two staff. Meeting statutory obligations delayed for about two years and it had limited public engagements.

Eventually, the PIAC’s work and situation began to improve with the intervention of some development partners and intense public advocacy.

A major intervening factor was the amendment of the PRMA in 2015, which, inter alia, made funding the PIAC a part of the ABFA.

It did follow-up with stakeholders (reporting entities) on the implementation of its recommendations.

The turn-around time of report production has been reduced to three months and it now produces its own report.

In a keynote address, President Nana Addo Dankwa Akufo-Addo noted that by all accounts the PIAC had succeeded in attaining the objective for which it was established.

“I applaud, on behalf of government and the people of Ghana, successive heads and members of the PIAC for this. For long may this continue,” he said.

He urged the Ministry of Finance and PIAC to resolve the delay in transmission of information between them.

He observed that the delay chiefly emanated from distortions in the deadlines of reporting obligations of the two institutions and so must be addressed.

“The delay in information exchange had sometimes stoked unhelpful controversy. There should be an amendment of the relevant provisions in the Petroleum Revenue Management Act, 2011 (Act 815) to help resolve the situation,” he urged.

He gave an assurance that the government was fully committed to supporting PIAC and would help it ensure that petroleum revenues were well managed for the benefit of all Ghanaians.

The Chairman of the PIAC, Professor Kwame Adom-Frimpong, said a major achievement of the PIAC had been its role in legitimising government commitment to improve governance in the country’s oil and gas sector.

Also, the committee has effectively exercised oversight responsibility of managing and evaluating the management of Ghana’s petroleum resources.