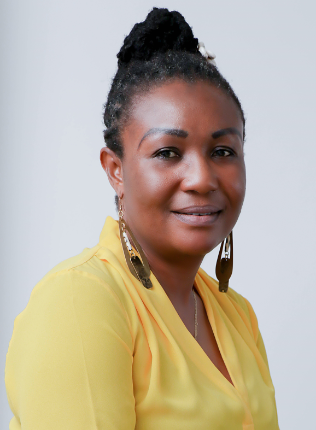 Ghana will need to ensure that companies and commodity traders in the oil sector disclose their commodity trading activities with disaggregated data, and not on only the Ghana National Petroleum Corporation (GNPC).

Although available oil sales data has been used to hold GNPC accountable for their commodity trading activities, there is limited public awareness of this data and how it can be used for accountability purposes.

Besides, the data as disclosed is far from comprehensive.

According to the West Africa Regional Manager (Anglophone) at Natural Resource Governance Institute (NRGI), Ms Nafi Chinery, a disclosure by the above stated actors had become necessary because despite being a new producer, the oil sector represented a significant source of revenue in Ghana.

She said oil revenues totalled $938 million in 2019 and approximately $802 million representing 86 per cent of oil revenues came from cargoes oil sold by GNPC- the equivalent of six per cent of government revenue in 2019.

“However, the cost challenge of the COVID-19 pandemic which reduced government revenue, makes it more important than ever that government itself, citizens, CSOs, media and other oversight actors are able to analyse GNPC’s oil sales activities to inform government’s approach to addressing Ghana’s urgent resource governance challenges,”  she added.

“This includes debt sustainability and GNPC and the governance oil sales revenue maximisation and allocation strategy,” she said in an address read on her behalf during a webinar on a new report on Ghana’s oil sales data, on December 15, 2020.

The GNPC, Ministry of Finance (MOF), the Bank of Ghana, the Public Interest and Accountability Committee (PIAC) and Ghana Extractive Industries Transparency Initiative (GHEITI) all disclose information on the state’s oil sales activities.

She said the NRGI aimed to contribute to ensure countries rich in oil, gas and minerals achieve sustainable, inclusive development and that people receive lasting benefits from the extractive sector.

“This new report goes beyond the often discussed what needs to be done to enhance accountability and transparency of oil sales data in Ghana and focuses on the too often forgotten how can this be done effectively,” she said.

She added the report was both a call to action and a roadmap for reform.


Some highlights of the report

GNPC sells oil through both term and spot contracts and has two term contracts.

In 2019, revenue from these two sales contracts equalled six per cent of government revenue. These two deals alone generated 59 per cent of the government’s total oil revenue for 2019.

The report recommends that buying companies disclose information on oil sales purchases in Ghana and facilitate the disclosure of sales contracts.