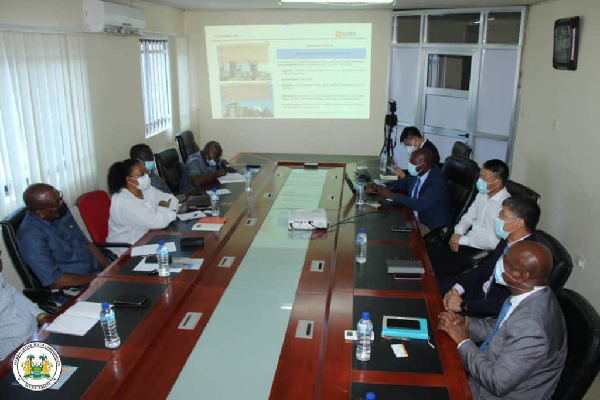 The power producer is planning to deploy between 20 megawatts to 50 megawatts power to Freetown, the Sierra Leonean capital in one year.

In the next four years, Sunon Asogli plans to increase it to 160 megawatts.

The plant to handle this project in Sierra Leone is to be known as Benkongor Hydro Plant.

The Business Development Manager of Sunon Asogli, Mr Elikplim Apetorgbor made this known in an interview with Graphic Online.

He said the two projects are estimated to cost about USD$700million.

He said the 20MWp to 50MWp Solar PV plant deployment is needed to augment the power generation shortages in the Sierra Leonean capital and other parts of the country.

He explained the deal was reached through a Memorandum of Understanding signed between the Sierra Leonean Ministry of Energy on one hand and Sunon Asogli Power Ghana Ltd on the other hand.

This was after a meeting with the experts of the Sierra Leone Ministry of Energy and other key stakeholders on March 29, 2021.

The seven-member delegation from Sunon Asogli who went to Sierra Leone also met with the Ministers and officials of the Ministries of Finance, Lands and Internal Affairs after which they paid a courtesy call on the President of Sierra Leone, Julius Maada Bio.

President Maada Bio was elated about the visit and promised his support to ensure the delivery of the projects within the shortest possible time.

Leading the investors from Ghana was the Sierra Leonean High Commissioner to Ghana, Mrs Frances Anderson.

She was assisted by Mr Philip Brima Kabba, the First Secretary to the High Commission.