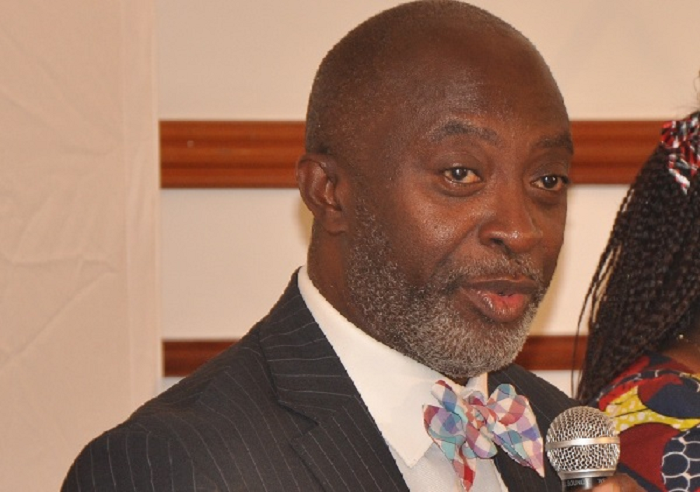 The Chief Executive Officer of the GIPC, Mr Yofi Grant

The government wants to create a more conducive environment that will encourage Ghanaians living abroad to invest in the economy.

It is doing this by stabilising the currency, reducing the cost of electricity and strengthening the macroeconomic fundamentals.

It has, therefore, called on Ghanaians living in the diaspora to engage their respective country embassies and the Ghana Investment Promotion Council (GIPC) to know more about the processes involved for them to invest back home without the usual stress they encounter.

The Chief Executive Officer (CEO) of the GIPC, Mr Yofi Grant, said this when the government delegation attending the US-Africa Business Summit in Washington D.C. met with Ghanaians living in the United States at the Ghana mission.

The meeting, attended by Ghanaians from the tri-state of Washington; Maryland, Virginia as well as Ohio and Chicago, among many others, was meant to afford the Ghanaian community the opportunity to interact with the government officials and to solicit their views on how to make the country a better place for them to invest.

“Over the last couple of years, foreign direct investment into the country has hovered around $2.5 billion per annum when remittances from Ghanaians living in the

Diaspora is about $5 billion and rising,” he said.

According to him, the gap alone is a testament to the fact that there is the need for the GIPC and the government, for that matter, to help create the environment for more of such funds to enter the country to accelerate development.

“Ghana is your country and we need to do all we can to invest in the economy to create jobs for our brothers and sisters and relatives who depend on us for their daily bread,” Mr Grant said.

Briefing them on the energy situation in the country, he said the government was working to ensure that the cost of electricity is made affordable to enable industries to reduce their cost of operations.

“For instance, the Ministry of Energy has cancelled some power purchase agreements the previous government entered into with some foreign companies because the charges per kilowatt hour was too expensive,” he said.

He also noted that efforts had been made to drastically reduce the level of power outages in the system.

Mr Grant said the government was also working to improve the macroeconomic indicators to make doing business in Ghana much cheaper for investors such as Ghanaians living the diaspora.

On the depreciation of the cedi against the United States dollar, he said the government had worked to stabilise the local currency and gave an assurance that efforts would be made to ensure that it did not rise beyond its present level.

“A stable currency allows businesses to plan and those who buy in dollars but get paid in cedis will also have their funds intact because it will not be eroded through depreciation of the local currency,” he said.

Mr Grant also said the government was working to grow the economy by 6.3 per cent at the end of the year, banking his hopes on the revival of industries that went down on their knees due to hardships within the economy.

He said the Treasury Bill rates which hovered about 18 per cent in the last couple of years been reduced and was now at about 13.6 per cent.

Mr Grant said the phenomenon was a positive development and urged the banks to respond to that quickly to bring down the interest rates for businesses to borrow.

He also noted that the government had embarked on aggressive tax reforms to ensure that businesses benefited.

On development within the ports, he said, the government had also introduced tighter measures to stop the fraudulent activities within the entry points, particularly the ports.

He told the gathering that some corrupt ports officials had been placed under interdiction for their alleged involvement in some fraudulent activities that denied the state several billions of Ghana cedis.