PayRem to begin operations in Ghana 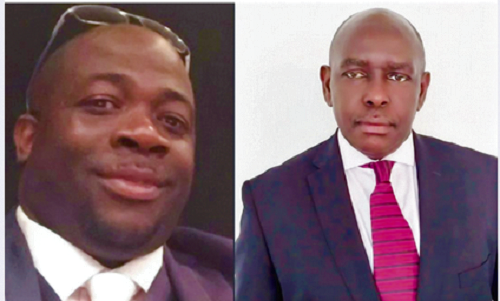 PayRem, a financial services company based in the United States in collaboration with QE24 Group, a Canadian company, is expected to enter the Ghanaian money market next month.

The company will be launched in Accra next month after which Ghanaians both home and abroad will be in the position to transfer money or make payments through its digital platform.

PayRem which has specialised in global remittances and payments, focusing on the eco-system was incorporated in 2017 when its founder and Chairman, Mr Andre Bouassa uncovered untapped opportunities in the global money remittance market.

In an interview with the Daily Graphic last week Friday, Mr Bouassa said the company decided to enter Ghana because of its good business environment.

According to him, the company would inject over two million dollars into its operations at the beginning and the amount would be increased yearly.

Speaking on the partnership with PayRem to the Ghanaian transfer market, the Regional Director of West Africa of the PayRem and Chief Executive Officer (CEO) of the QE24 Group, Mr. Bill Quincy Sandy said, his company had chosen Ghana above other Africa countries because of good business climate.

According to him, PayRem was also coming into the financial market with a technology device that would help check hackers.

Mr Sandy intimated that the device would be operating with biometric and acoustic systems that would give client personal data, adding “this means that your data is in your pocket and is protected.”

PayRem is currently operating in over 100 countries.