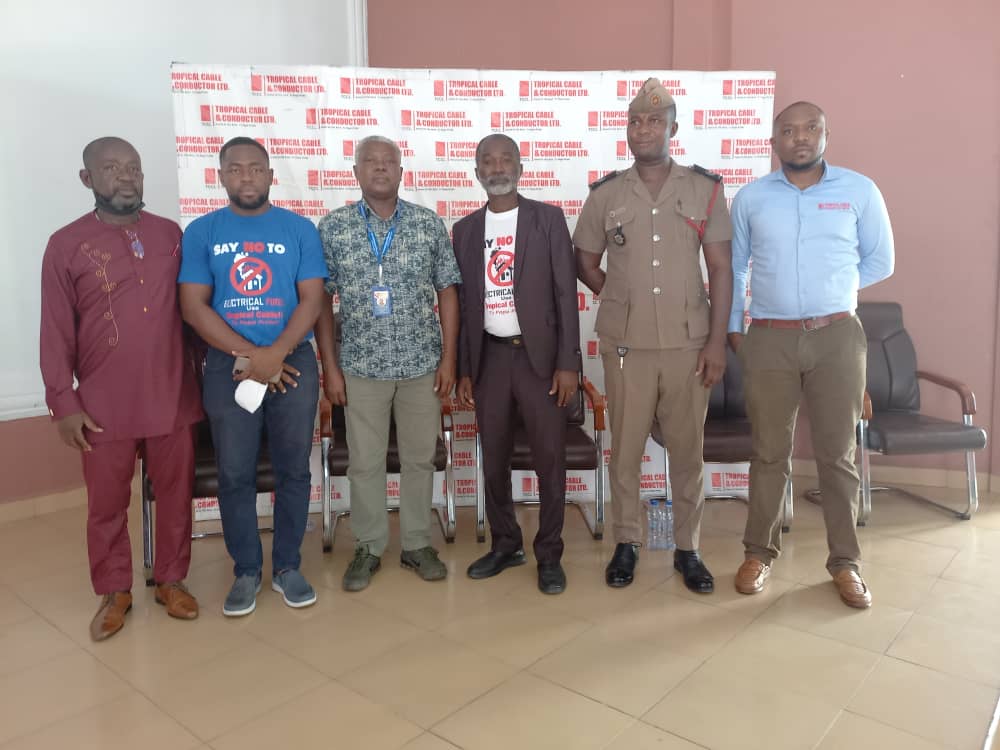 Indigenous electrical cable manufacturer, Tropical Cable & Conductor Limited (TCCL), has sensitised more than 500 electricians and other industry professionals to the rudiments of their work to help reduce the incidence of electrical fire outbreaks in the region.

The programme formed part of a nationwide sensitisation programme by the cable manufacturer for players in the electrical wiring and distribution profession.

The workshop, which took place on Wednesday, October 20, was aimed at ensuring that electricians used the right products and methods to undertake their electrical works as a necessary measure to reducing fire incidents and frequent damages to wired houses.

Earlier this year, the Ghana National Fire Service (GNFS) said that Ashanti Region recorded the highest number of fire outbreaks out of the more than 3,300 incidents that occurred in the first six months of this year.

The outbreaks destroyed properties worth more than GH¢24 million, according to the national fire prevention and fighting institution.

Under the theme: “Electrical Safety, a Way of Life,” the workshop took participants through safe work ethics and practices and the right wiring methods and techniques.

It was facilitated by officials from TCCL, Ghana National Fire Service (GNFS), Electricity Company of Ghana (ECG),  and the Energy Commission of Ghana.

The Sales and Marketing Manager of TCCL, Mr Michael S.N.A. Abbey, said research showed that about 70 per cent of fire outbreaks were caused by electrical faults.

Mr Abbey noted that the electrical faults often resulted in the destruction of properties worth millions of cedis and in other cases, led to loss of lives or lifelong deformities.

He said Tropical Cable believed these fires could be avoided if electricians understood the critical importance of their jobs and the need to uphold professionalism in the electrical contracts.

This, he said necessitated the company to organise sensitisation workshops for electricians nationwide.

He stated that Tropical Cable had exclusively produced the excellent quality Flame Retardant Low Smoke cables (FRLS) to help in preventing electrical fires due to its unique properties.

Mr Abbey added that the company would continue to sensitise electricians to the need to use excellent quality cables for their work to reduce the incidence of electrical fires.

He said the company’s products were of international standards and urged the participants to patronise them to sustain Ghanaian industries while benefiting from high quality electrical cables.

The Ashanti Regional Safety Officer of the Ghana National Fire Service, DOIII Mr Peter Osei Addai, urged the participants to adhere strictly to the safety principles in executing their work, as that was the only way to protect life and property.

He said the work of electricians were critical in reducing fires, if only they were able to adopt the right methods and materials in their work.

"Many of the fires can be avoided if you exhibit little more due diligence in the cause of your work", he told electricians.

The company also hopes to hold similar ones for professionals in the wiring business in the remaining regional capitals by the end of this year to help enhance their knowledge in the work.