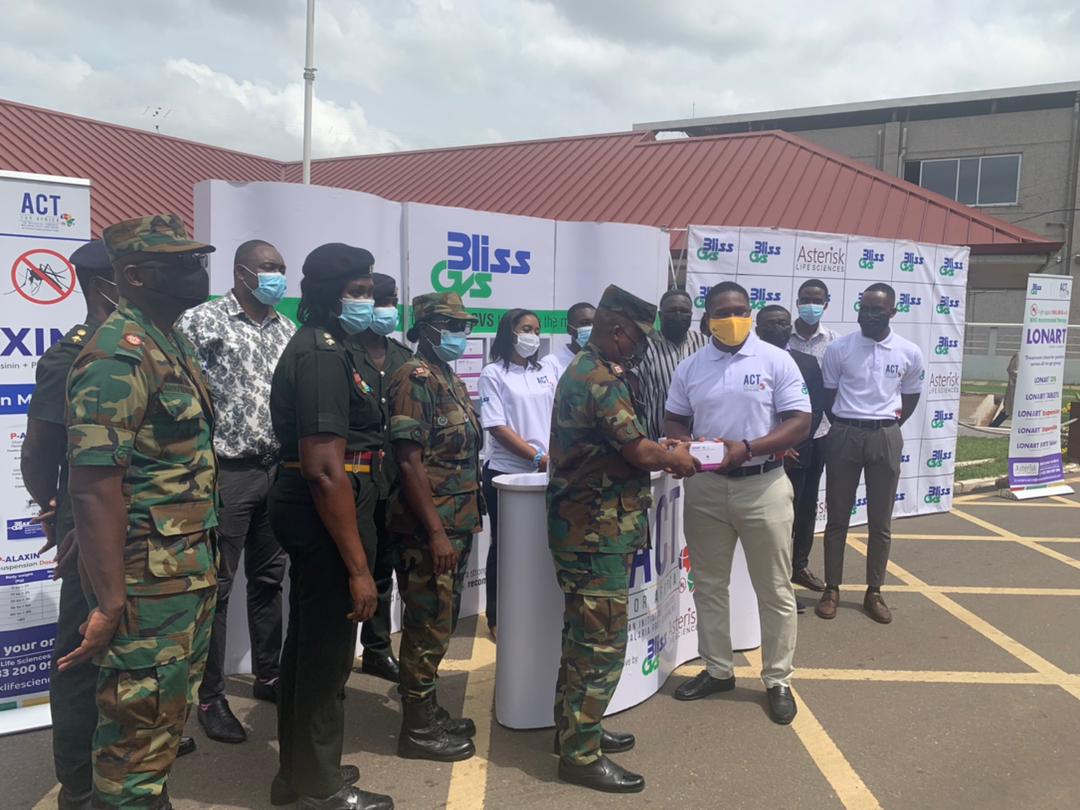 Bliss GVS Pharma, a pharmaceutical manufacturer, has supported two hospitals in Accra with anti-malarial drugs and other essential medicines to help enhance their fight against the disease in the country.

The company presented the medicines to the 37 Military Hospital and the Police Hospital, both in Accra yesterday in line with its objective to help achieve a malaria-free Africa.

The Institutional Manager of Bliss Asterisk Life Sciences Ghana, Mr Joshua Affram, presented the items to the Commander of the 37 Military Hospital, Brigadier General Adja Obodai, while at the Police Hospital, they were received by the Chief Pharmacist, Assistant Commissioner of Police (ACP) Madam Ellen Sam.

The items were valued at GH¢150,000 and came on the back of similar supports extended to the Korle Bu Teaching Hospital in April this year.

He said as part of their corporate social responsibility (CSR), the company would make similar donations to other health facilities in the country.

He explained that the support formed part of the pharmaceutical company’s commitment to help resource health facilities with anti-malarias and their essentials to rid Ghana of the disease.

He bemoaned the deadly nature of malaria and called for increased efforts to help rid it from the country, especially among children and women.

Data shows that malaria cases and deaths in the country account for two and three per cent of the global average, making Ghana one of the 15 countries in the world with the highest malaria burdens.

While commending Bliss GVS for the support, the Chief Pharmacist at the Police Hospital said the medicines would go a long way to help the police hospital to treat malaria cases in the hospital.

The Commander of the 37 Military Hospital also assured the company that the hospital would give out the drugs to malaria patients at the facility free of charge until the quantum donated was exhausted.

Brigadier General appealed to other organisations and individuals to make similar donations to help enhance the fight against the disease.