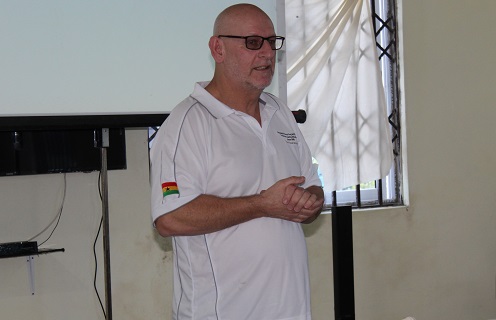 company has further requested the government to tamper with its Value-Added Tax (VAT) obligation that could arise from the construction of the mine if the final processes – including a mining license – are approved.

The appeal, the management said, was occasioned by the financial outlay already sunk into prospecting and exploration of gold.

Briefing board members of the Minerals Commission during a working visit to the company’s exploration camp and fields in the Upper West Region, Managing Director Stephen Stone said Azumah Resources had already invested at least $80 million into its prospecting and exploration activities in the Wa enclave, and would need a further $140 million to construct the mine for proper and full-time operation.

The company, he said, was hopeful of starting construction work in 2019 towards its mining operation.

The discussions also focused on the operations of illegal miners within the area, and the specific relationship between the company and its Ghanaian , including locals within the exploration catchment area. 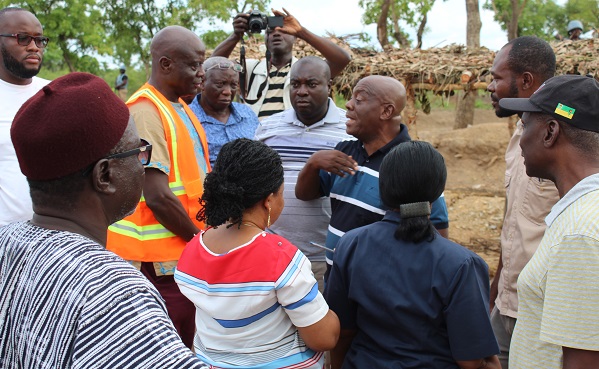 Clean-shaven board chair of Minerals Commission, S. K. Boafo, and his fellow board members were also at the exploration fields of Azumah Resources.

Azumah Resources, which is an Australian company, has been prospecting and exploring for gold in the Wa enclave for 10 years on a space that covers about 28,000km² - spanning the areas from Wa West District in the south-western areas of the region to Nandom District in the northern parts.

Its mining field, however, would cover just 26km².

It currently employs some 52 Ghanaians as permanent staff and 100 others on a casual basis.

Mr Stone said the coming on board in October 2017 of an American investment fund – Capital – as investment partner had proven timely given the difficulty in securing sufficient financial support to complete the project.

A representative of Capital, Peter Hairsine, said they were looking forward to finalising all outstanding processes – including relevant approvals – and fiscal agreements with the government before the close of 2018 to pave way for the start of construction next year.

When full-scale mining starts, the company expects to employ 300 Ghanaians, create 1,000 indirect jobs, and a further 1,200 employment opportunities for just the construction project.

Board chairman of the Minerals Commission and former Member of Parliament for Subin in Ashanti Region, Mr S.K. Boafo, said government was committed to ensuring that investors received the best of support to thrive in the local industry to create and sustain jobs for the youth and professionals.

He said the government had, therefore, began discussing and considering the concerns and proposals of Azumah Resources to ensure that the company’s financial outlay yielded tangible dividends in the investment area.

As the company readies to start full operation, management’s projections appear attractive for both government and the locals – who could be the biggest beneficiaries of the employment opportunities.

The government could rake in about $72 million in royalties and taxes across six to seven years.