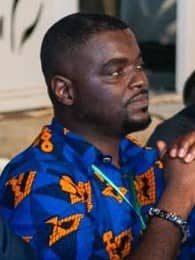 He advised that Commey must be hundred per cent fit to face his much-touted opponent. “This is a very mouth-watering encounter, a big fight for Commey since his unfortunate loss to Lopez, and I think Richard has worked hard to rightly claim this title shot after dispatching Jackson Marinez in February,” he told the Graphic Sports in an exclusive interview.

Commey, 34, (30-3-0) last fought and beat Dominican Marinez via a knockout in  Las Vegas.
The Bukom lad had his ego deflated two years ago when American Teofimo Lopez technically knocked him out in the second round of their world title fight.

But Mr Manfo, who is also a boxing manager known for catapulting bantamweight boxer, Wasiru Mohammed to stardom predicted that Commey could upset the odds come December 11.

“As a Ghanaian, I wish my countryman Richard Commey the best of luck and a great fight and we are all behind him with prayers to bring victory home,” he added.

Mr Manfo also believed that featherweight Isaac Dogboe had the edge over Puertio Rico’s Christopher Diaz in their clash in Las Vegas on November 20.

He said Dogboe’s two wins after moving up weight had given him enough experience to banter with the Puerto Rican.

“I believe Dogboe has a slight advantage; he can draw from the experiences of his last two wins, while sticking to his game plan to drop Diaz as early as possible,” he stated.

While wishing Dogboe the best of luck, Mr Manfo, however, stressed that Dogboe must have a plan B should the fight enter the championship rounds.

Dogboe, 27, (22-2-0) moved up weight after losing twice at bantamweight to Emmanuel Navarrete in a world title fight in the United States.