We lost to a better team - Bafana coach 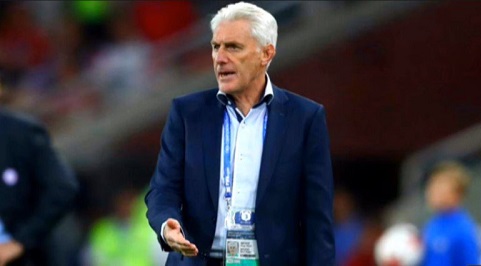 The Head Coach of Bafana Bafana, Hugo Broos, has admitted losing to one of the best teams in Africa and wished for a favourable draw for Ghana in the final round of the 2022 FIFA World Cup qualifiers to enable them to qualify for the Mundial in Qatar.

The Belgian tactician expressed his disappointment that his team could not qualify ahead of the Black Stars but believed his men gave a good account of themselves in Group G.

Speaking to the media after the match, Coach Broos said his side’s plan to force a draw with Ghana failed through a penalty which could have been avoided.

“The Black Stars had a penalty and won but I think the Ghanaians were too physical and the referee allowed them.”

“I am disappointed but I believe we lost to one of the best teams in Africa so we have to accept it and look forward to coming back stronger,” Broos stated.

Ghana sailed through from a tough group, courtesy an Andre Ayew penalty goal from a Daniel Amartey foul to secure a deserved 1-0 victory over South Africa.

The Stars qualified ahead of their Bafana Bafana counterparts on superior goals, having scored seven as against their opponent’s six.

Legitimate penalty
Meanwhile, skipper Andre Ayew described the penalty awarded by referee Ndiaye Maguette of Senegal as a legitimate one.
He revealed that Ghana could have been awarded another penalty kick after a foul on his brother Jordan Ayew.

“It was a legitimate penalty and I am glad the referee gave it because Daniel Amartey was clearly fouled in the box.”

“I don’t see anything wrong with that decision because it could have been two penalties on any other day after Jordan went down too in the match,” he noted.