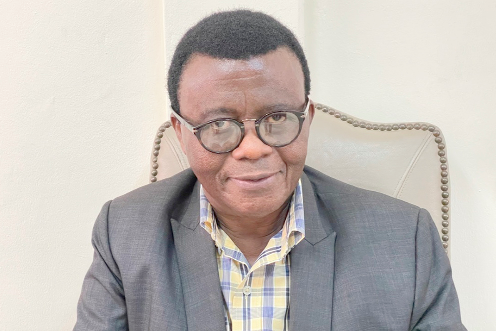 A governance expert, Professor Baffour Agyemang-Duah has called for the reduction in the size of the government as a measure to reduce the strain on the public purse.

According to him, the decision of ministers and heads of State-owned Enterprises (SoEs) to contribute 30 per cent of their salaries over the next nine months to the Consolidated Fund would constitute "a drop in the ocean" because some allowances for government appointees were as much as their salaries.

"For me, the reduction of salaries by 30 per cent or 20 per cent for nine months is just a drop in the ocean. It doesn't really mean much if we are serious about reducing public expenditure," Prof. Agyeman-Duah said in an interview with the Daily Graphic last Tuesday.

Prof. Agyemang-Duah, who is a co-founder of the Ghana Centre for Democratic Development (CDD-Ghana), also stressed the need for cuts in what he called "frivolous privileges" due public officials such as clothing allowances, use of state vehicles and travel expenses to help run the country effectively.

He explained that the reduction in the size of the government and cuts in government expenditure did not require reviews of any existing laws and could be instituted immediately by the President to save the country more money than the GH¢3.5billion projected to be saved as a result of salary cuts.

He said the public purse was also heavily constrained by expenditure to other areas of the government such as the Council of State, the creation of state institutions (new ministries), the creation of new constituencies, many appointments and the creation of six new regions which, he said, almost doubled the cost of running the regions.

He said it was also worrying that certain Chief Executive Officers (CEOs) of SoEs had two or three deputies.

"There have been series of creations and expansions of existing structures all of which eat into the national budget. So, if we are talking about cutting down expenditure, we have to be talking about reducing the size of government," Prof. Agyemang-Duah said.

"There are certain CEOs of SoEs who are backed by three or four deputies and all these deputies are given vehicles, drivers and what have you. Also, Ghanaian officials attend any meeting or conference anywhere in the world whether they have something to contribute or not and when they come back, nothing comes out of those meetings.

"You don't need to consult Parliament or the Constitution to cut down on the use of state or public vehicles. If the President, for instance, would say that henceforth I don't want my convoys when I'm travelling to be more than 10 vehicles, this would also affect fuel consumption," he pointed out.

Prof. Agyemang-Duah advocated that the creation of a new ministry or a state agency that had implications on the public purse should be thoroughly scrutinised by Parliament to ensure that they were necessary.

He also called for a new law that would state explicitly the number of persons that could be appointed by the President.

He said it was not sustainable for about 70 per cent of state revenue to be used for servicing emoluments.