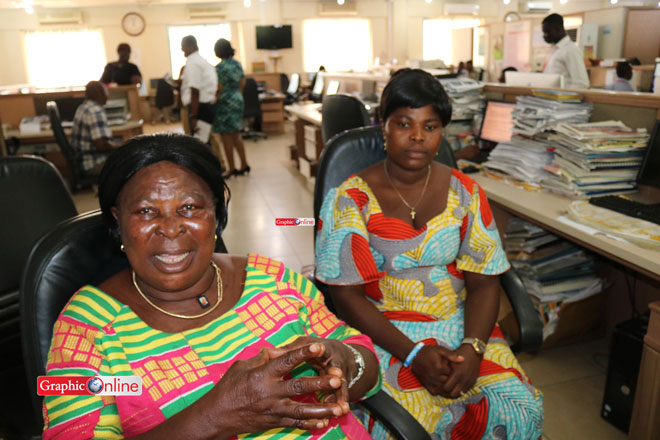 A day after her attention was drawn to the fact that her age disqualifies her as a vice presidential candidate for Election 2016, the running mate of the Ghana Freedom Party (GFP), Mrs Patricia Asante has said she made a mistake with her real age.

It was a mistake, I am 42-years-old and not 32 as I earlier said, she told Graphic Online on Wednesday.

Mrs Patricia Asante a.k.a. Yaa Asante on the day she was introduced as a running mate to Madam Akua Donkor said she was 32-years-old.

Madam Donkor, an unlettered person wants to be president of Ghana on the ticket of the political party she formed, the GFP, and has since submitted her nomination to the Electoral Commission to be considered as a candidate for the December 7 elections.

She named Mrs Asante, a junior high school graduate as her running mate on Monday and following that, it was revealed to her that the 1992 constitution was specific that a candidate for election as Vice President ought to be 40 years or above and that Asante may not qualify.

In the company of Madam Akua Donkor, Mrs Asante visited the offices of Graphic Online on Wednesday to clarify her age.

To buttress her point, she produced a birth certificate (pictured at the bottom) issued Tuesday, October 4, 2016 that quoted May 2, 1974 as her original date of birth.

From the birth certificate, she was registered at the Huni Valley Registry on Monday October 3rd, 2016 with the Entry Number 658.

The certificate names her father and mother as Kofi Asante and Afia Fofie respectively and that she was born at Opanyin Kofi Asante’s house at Amoana – Huni Valley in the Prestea Huni Valley area of the Western region. 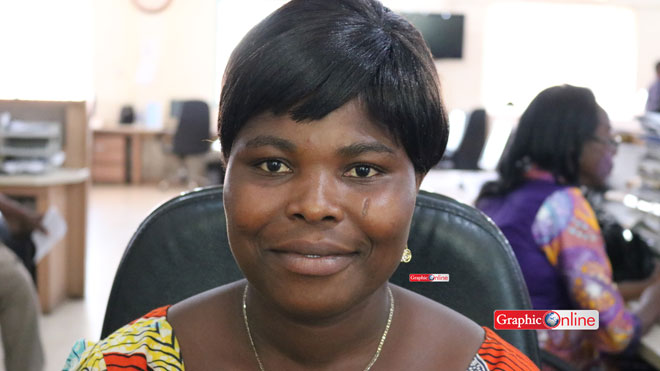 Mrs Asante said the certificate was done for her in Accra on Tuesday.

Explaining why she had to quickly procure a birth certificate to buttress her real date of birth, Mrs Asante said she was not aware of her true date of birth simply because her parents did not register her at birth.

She said it was only after the media publications about a possible disqualification on grounds of age that prompted her to do a search and found out that she was born on May 2, 1974.

She said it has been troubling since birth because she does not know her real date of birth and therefore pleaded with Ghanaians to exercise patience, arguing that some people even at age 60 still look beautiful, implying that given her beauty, she really does not look her age.

I have four children, first born is 19, followed by 16, 15 and 11 years. I made a mistake with the earlier media interview with my age and will plead with Ghanaians to let it go. I even thank the media for drawing my attention to it.

She said the date on her voters ID card which indicates she was 32 years as of now and which she has been using for some time now was indeed a mistake and it is so because she did not know her real date of birth.

The flagbearer of the GFP, Madam Akua Donkor on her part said she personally combed the “whole of Ghana” to procure names, signatures and ID card numbers for her nomination.

According to her, when Mrs Asante was registering for her voter’s ID card, because she didn’t know her date of birth, they quoted one for her which they have searched to realise it was wrong.

Watch the video below for the explanation