We take pride in our leadership role — Acting Editor 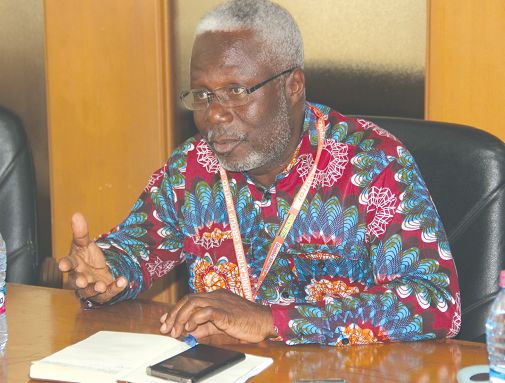 The Daily Graphic, the flagship of the Graphic Communications Group Limited (GCGL), is celebrating a milestone as it turns 68 today.

It was established as a private business in the then Gold Coast known as West African Group Company Limited in 1950 and operated by the then Daily Mirror Group in the United Kingdom whose founder was Cecil King Jnr. ( See page 51 for details in the Big Issue.)

Sharing his thoughts in an interview to mark the momentous occasion, the acting Editor of the Daily Graphic, Mr Kingsley K. Inkoom, said:

“We take pride in the role we have played over the years in shaping ideas to build a society that holds a lot of hope for the present and future generations”.

He stressed that the Daily Graphic as the leading media organisation in the country would continue to blaze the trail and live up to its responsibilities by setting the agenda for the nation’s development.

“We will strive to continue to be the dominant media house in Ghana. Over the years we have had challenges but we have been able to surmount those in the face of competition. If we were a human being, we would have long been on retirement by now,” Mr Inkoom added.

He, however, expressed grave concern about the decline in the reading habits of Ghanaians which had adversely affected the newspaper business in the country.

He asked the younger generation to follow the Daily Graphic on its online portal www.graphic.com.gh.
“We equally have a generation that has an interest in the newspaper and we will continue to serve their interest,” the acting editor submitted.

The acting Managing Director of the GCGL, Mr Ransford Tetteh, said the company would not take the Daily Graphic brand for granted and gave an assurance that the brand would continue to serve the public interest.

He stated that in spite of the challenges in the newspaper industry across the globe, the Daily Graphic continued to weather the storm to stay in business.

“Everybody takes Graphic as the gospel which comes with a huge challenge for us to maintain the standards. Some radio presenters refer to Daily Graphic as okunini (the big person). No wonder every newspaper in the country is generically called Daily Graphic,” Mr Tetteh stated.

He pointed out that the Daily Graphic, as a public service newspaper, would continue to respect the sensitivities of society and respond to their concerns in line with maintaining high journalistic ethics.

Mr Martin Therson-Cofie was the first Ghanaian to be appointed editor of the Daily Graphic in 1950 and later the Sunday Mirror which is now the Mirror.

Some others are Mr Sam Clegg, Mr Elvis Ayeh and Mr Yaw Boadu-Ayeboafoh.