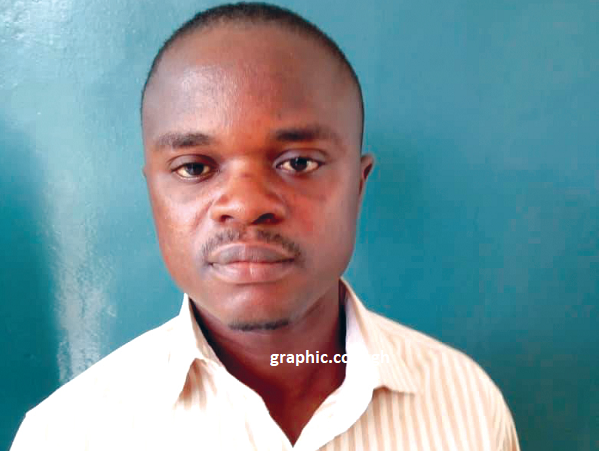 A circulation clerk of the New Times Corporation, Moses Larbi Owiredu, has been sentenced to a total of seven years imprisonment. It includes five years for stealing and two years for falsifying the corporation’s accounts

The sentences are to run concurrently.

He was convicted on September 4, but the court deferred sentencing to today, October 1, 2018.

He had pleaded guilty with explanation, saying that he had used part of the money to run the office because his employers were not financing its administration.

The judge disagreed with him, saying, he was not the spending officer.

Owiredu pleaded guilty with when he was charged but the court rejected his plea.

According to the prosecution, an audit of Owiredu’s work as a circulation clerk of New Times Corporation in the Volta Region from February 2015 to June 2018, uncovered his crimes.

It said as the clerk, Owiredu was responsible for receipts of revenue from adverts, subscription fees and newspaper vendors’ payments and was, therefore, required to pay all the money received into the corporation's bank account.

It said the management of the corporation conducted the audit on suspicion of wrongdoing.

The prosecution said when the anomalies were discovered after the audit, the regional manager of the corporation reported the convict to the police.

The prosecution said police investigations later revealed that Owiredu issued receipts from missing receipt books for cash but did not pay the money into the corporation’s bank account.

It said the investigations also established that the convict issued torn out and discarded receipts for cash, including temporary receipts for cash without paying the money to the corporation.