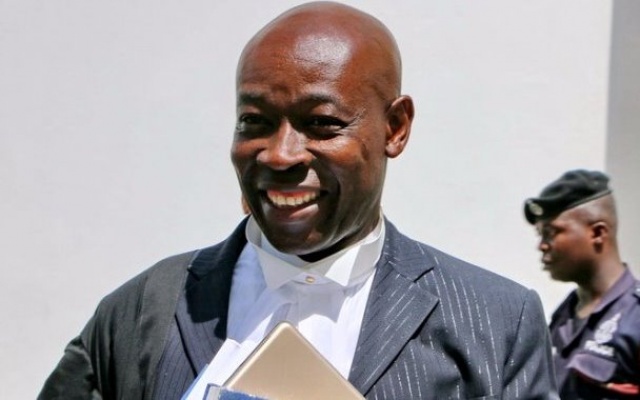 The removed chairperson of the Electoral Commission, Charlotte Osei when she appeared before the Chief Justice’s committee first argued that the petition which the Committee was constituted to investigate was incompetent, tainted with fraud and brought mala fide

, when the Committee decided to deal with the merits of the petition, notwithstanding her argument of “incompetence”, she submitted that the Petitioners prematurely triggered the impeachment procedure set out in article 146 of the 1992 Constitution for the removal of the Chairperson of the Electoral Commission.

In his written address, Thaddeus Sory, counsel for Charlotte Osei submitted that the Petitioners failed to prove the allegations upon which the petition was grounded.

Sory also contended the allegations upon which the Petitioners sought the removal of Charlotte Osei did not meet the constitutional preconditions stipulated in article 146 of the Constitution for the removal of the Electoral Commission’s Chairperson.

In concluding the 91-page written address, a copy of which Graphic Online has obtained, Sory insisted that Osei was able to prove that the petition, which occasioned the proceedings, was incompetent on grounds that it was tainted by fraud and that its presentation was actuated by malice and was premature.

He said in discussing the petitioners’ case, they established that the petitioners did not discharge their burden of proving each and every element of the allegations which was investigated by the Committee.

He said, Osei however adduced cogent evidence to disprove all the allegations made against her and further showed that the allegations in the petition could not be supported both in law and in fact.

His argument was that, significantly, none of the allegations made against Osei amounted to an impeachable conduct contemplated under article 146 to warrant the removal

He submitted that the Committee makes its recommendations accordingly.