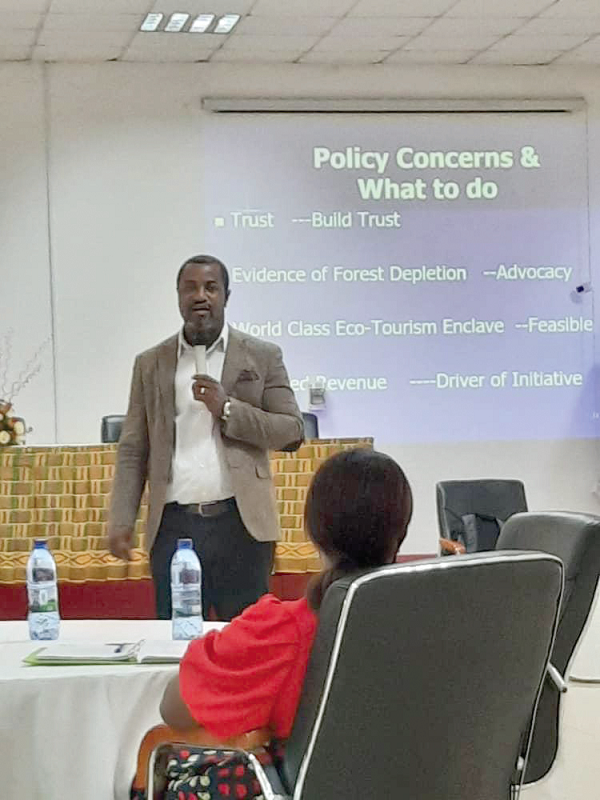 The country’s forests and reserves are under threat due to encroachment and other human activities, including farming and estate development.

An environmental economist, Prof. Anthony Amoah, has, therefore, called for immediate measures to stem the tide.

He suggested that key stakeholders, particularly the Forestry Commission, build trust with communities within which the forests and reserves were situated to help protect the resources.

The environmentalist was speaking with the Daily Graphic on the sidelines of a workshop on the environment and natural resources research initiative (ENRRI) — EfD Ghana, in Accra.

Prof. Amoah, who is also a Dean at the University of Environment and Sustainable Development (UESD) in Somanya in the Eastern Region, said many protected forests and reserves had been under attack in the last decade and mentioned the Achimota Forest, the Shai Hills and the Gua Kuo Forest as some of the most affected resources, leading to Ghana losing huge sums of money.

According to him, Ghana’s forests and reserves could be turned into world-class eco-tourism and recreational centres for revenue generation and employment creation, as they also contained insects, medicinal plants and animals.

The workshop, which was organised in partnership with the Ghana Institute of Management and Public Administration (GIMPA), was attended by representatives from the Forestry Commission and the Environmental Protection Agency, researchers, members of academia, the media and civil society organisations.

The ENRRI – EfD Ghana is one of the 15 centres under the Environment for Development (EfD) initiative which contributes to the sustainable management of natural resources through capacity development, policy-relevant research and engagement.

It brings together accomplished researchers with varied expertise in environmental economics in the country and from elsewhere to conduct evidence-based research and also advise the government and development partners on policy options for the management of the environment and natural resources.

For his part, a natural resource economist and Director of the ENRRI – EfD Ghana, Prof. Wisdom Akpalu, said the forests and reserves offered a lot of benefits for both present and future generations and, therefore, it was the responsibility of all to protect those resources.

“Without trust, institutions become powerless,” he said, adding that “if the processes that build trust are inherently corrupt, then it becomes a problem," the director said.

He said ENRRI – EfD Ghana would continue to research into areas that would help Ghana develop sustainably.