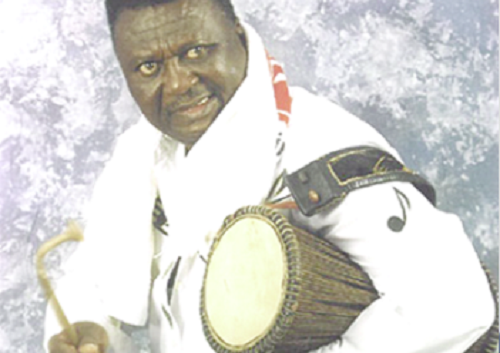 The musician known for several hits songs such as Devil, Atia, Juliana, I Go Pay You Tomorrow, Papa Shamo, Ayen among other songs died at the The Bank Hospital, Accra on Wednesday, July13, 2022.

AB Crentsil, born in 1943, in Prestea in the Western Region was one of the “big three” of contemporary Ghanaian musicians from the West.

He won numerous Ghanaian music awards, including the Fontomfrom Evergreen Award, a special honour bestowed upon a musician with 15–20 years of continuous music experience.

He had his primary and middle school education was the Takoradi Methodist Primary and Rev Cleveland Middle School respectively.

After his middle-school examinations, he worked as an electrical apprentice under his father, who was Works Superintendent of the technical branch of Ghana Railways at Takoradi.

While in middle school, AB Crentsil was introduced to the guitar by a Mr Thedoh. AB Crentsil became proficient in playing guitar and started singing along when playing it.

He was simultaneously working as an electrician and playing with the Strollers Band owned by one Kwesi Donkor.

AB Crentsil has played with bands such as El Dorados, Sweet Talks and his own band, Ahenfo.

Though a Highlife legend, AB Crenstil never shied away from collaborating with the younger folks to produce beautiful remixes of his old songs.

One of such collaboration was with former MUSIGA president and current MD of Ghana Post, Bice Osei Kuffour popularly known as Obour when they worked together on the  Best of the Lifes album.

When Graphic Showbiz visited his residence in Tema Community 9, on Wednesday, July 13, 2022 at 11 am, a family member told this reporter that she cannot confirm or deny the news of AB Crentsil's death making rounds.

According to her, they also woke up to the news adding that a family delegation have been sent to the Bank Hospital in Cantonments, Accra where AB Crentsil has been on admission for about a month.

She said the news can only be confirmed after the delegation have returned from the hospital.

No Tribe to play ‘Moses’ at AB Crentsil show?