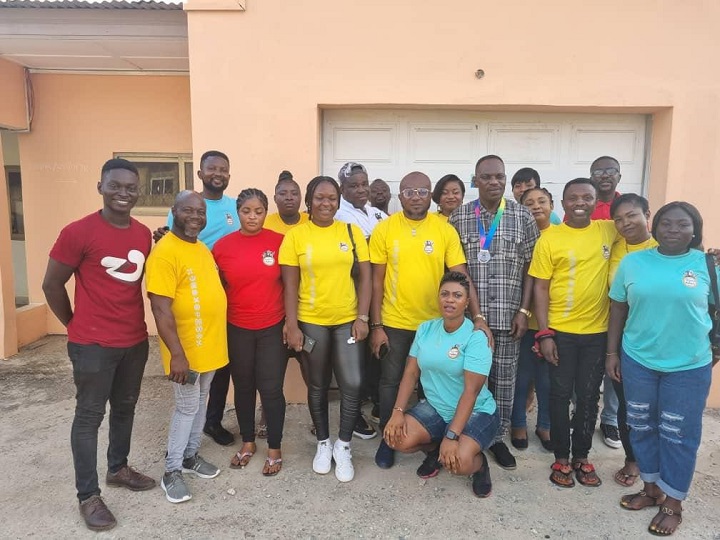 In keeping with its vision of promoting Highlife music, Lovers of Highlife Music Ghana (LOGHA) has been making donations to veteran musicians in the last year.

And last week, legendary Highlife artistes Teacher Kofi Boateng popularly known as Teacher Boateng and Alfred Benjamin Crenstil well known as AB Crentsil received their share of the “goodies” after the likes of Obuoba J.A. Adofo, and Abrekyireba Kofi Sammy, Smart Nkansah and Grace Omaboe (Maame Dokono) who have all received some support from the group.

In addition to food items, AB Crentsil and Teacher Boateng were also presented with plaques, citations and undisclosed amounts of money in recognition of their contribution and dedication to the Highlife genre.

In short remarks, LOGHA’s founder Mr Edward Owusu Banahene said the initiative started after he and the group members realised that the veterans who toiled to promote Highlife through their works had not been celebrated enough.

"LOHGHA was primarily formed to promote Highlife music and support Highlife legends who have contributed to the genre.

“This initiative and passion to reward Highlife legends stem from the love we have for the genre and how its pioneers have shaped the direction of the music industry,” he stated.

Teacher Boateng thanked the group for the donation and prayed the blessings of God upon their lives and appealed to them to extend the same gesture to other veterans.

“It’s important to honour us while we are alive and not to do that after we have gone. My joy knows no bounds for paying me this visit. I’m very overwhelmed by the gesture and it’s my prayer that this project will not be a nine-day wonder but one that will uplift the spirits of veterans who have given up,” he stated.