Ambolley presses on with Highlife advocacy 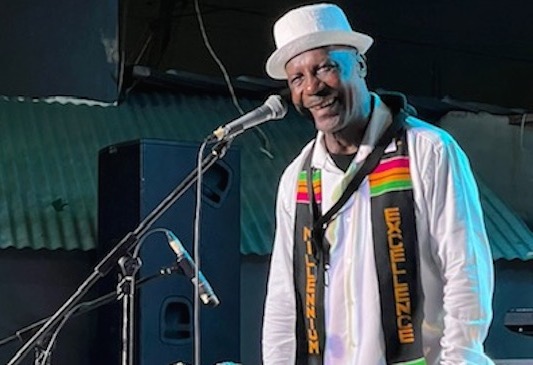 It was another chance to stand up for the music he believes in and Gyedu Blay Ambolley was in high spirits as he announced the first act at the Highlife concert where he featured with some of his friends on December 18 at the +233 Jazz Bar and Grill in Accra.

He was not only the headline musician but also the compere for the night. Sporting one of his trademark hats, there was an obvious twinkle in his eyes as he declared that Highlife was wonderful music bequeathed to this nation by some great musicians.

It was therefore necessary, in his view, for the current crop of musicians to uphold and push it to new heights.

The man has often expressed desire to see musicians play Highlife in its different dimensions so he quickly left the stage after the introductory remarks, for that to happen.

Performers at the concert were the Wazumbians, Dela Botri, Akablay, Amandzeba and Pat Thomas. They offered their various approaches to the music for guests to lap up and several of them danced the night away.

Adding that such Highlife get-togethers should happen more frequently, Ambolley himself came on with his Simigwa brand to cheerfully close affairs after midnight. It was definitely an enjoyable night of Highlife.

After the show, Ambolley stressed that the purpose of the programme was not simply to create an opportunity for people to just have a drink or eat and dance to Highlife.

It was also a chance for all those there, he pointed out, to understand that music is an important means through which individuals and communities define themselves so we need to cherish what we have.

Ambolley has consistently been a staunch proponent for the sustenance of Highlife. When Akablay launched his World Highlife Day project in March 2020 for instance, he was one of those who expressed support for the initiative. 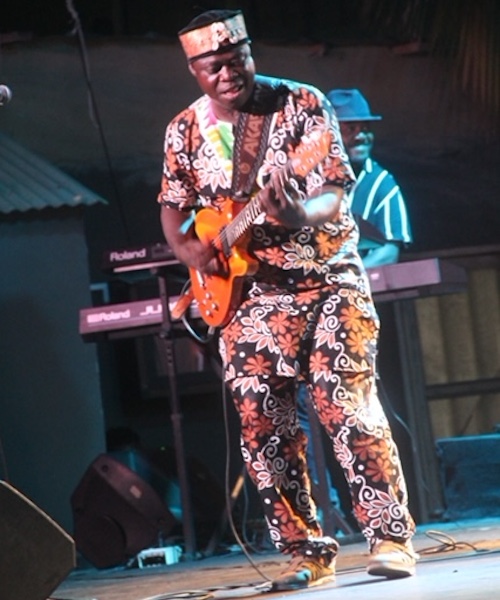 Earlier this year in April at the launch of the Highlife Is Alive Fan Club in Accra, Gyedu Blay Ambolley said he hoped the club would help uplift and sustain the Highlife style of music.

“Every country has its own music so why do we ignore Highlife and chase after other genres like Reggae and Dancehall?

"We cannot sit down and let Highlife die because the younger musicians are now doing songs with borrowed rhythms,” the Simigwa singer said at the club launch. .