That dream is within reach 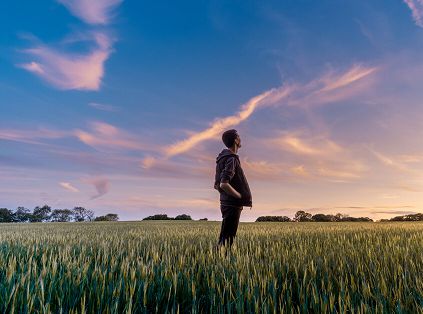 That dream is within reach
30.5k Shares

It was Walt Disney, the notable American entrepreneur, animator, voice actor and film producer, who once said, “If you can dream it, you can achieve it.”

Such a thought emanating from a man of his stature ought not to be taken lightly, bearing in mind the fact that in spite of his humble beginnings, he went on to chalk up monumental successes in his career.

In whatever way you may look at it, it is my humble view that the noble dream of yours is within reach.

I have personally found Walt Disney`s assertion to be true in my career.

Why so? I will explain.

I am both a polytechnic and a university graduate whose majors were nowhere near Literature, English, Publishing, Editing or Writing.

However, after I completed my first degree in Theology a couple of years ago, I resolved to pursue a writing career.

My dream was to either land a full time writing job or a full time editing job. Some of my close associates thought it was too far a stretch.

Suffice to state, I have been a voracious reader from when I was a teenager and have from time to time penned down my thoughts.
Well, in the pursuit of my dream, I started out as a freelance writer and editor.

I consumed a significant amount of high value content on freelance writing and editing via online sources.

I also established my presence online, mostly writing articles and blog posts for websites and blogs for free in my bid to gain some exposure.

I spent several hours a day behind the computer screens, putting in so much time and work to advance my freelance writing and editing career.

I also became a regular contributor to a couple of magazines and newspapers, and became a member of quite a few writing associations.

In the course of time, I was also contracted time and again to edit a variety of manuscripts.

Gradually but surely, I began to earn some income from my labour.

While at it, I had my gaze fixed on my dream. The reality was that freelancing was a means to an end – full time employment as writer and editor.

I worked as a freelancer for well over four years, yet all attempts at realising my dream yielded no positive results.

Interview after interview and yet a full time employment eluded me.

What freelancing gave me, however, was hands-on experience.

What I read, I applied, thus building not only my brand but also my knowledge-base and competence.

I also had a lot to show for my efforts by way of samples of some of my works that had been published online in newspapers and in magazines.

The dream that once eluded me came chasing after me in my fifth year of freelancing.

Two full time appointments landed on my lap; less than two months into accepting the first offer, the second offer came along such that at one point, I held two full time jobs (writer and editor) until I had to let go of the former.

Now, here was a dream come through; what I dreamt about, I achieved and so can you, if you set your mind to it and refuse to throw in the towel, come what .

It may not come easy and it may delay but it surely can be realised. That dream of yours is within reach, without a doubt. Go ahead and give it your best shot.

The writer is the Editor, Sedco Publishing Ltd., and the Founder, Topnotch Writing Solutions