Balancing Mitigation Ambitions with Adaptation: Placing Agroecology at the Center of Climate Action in Africa. 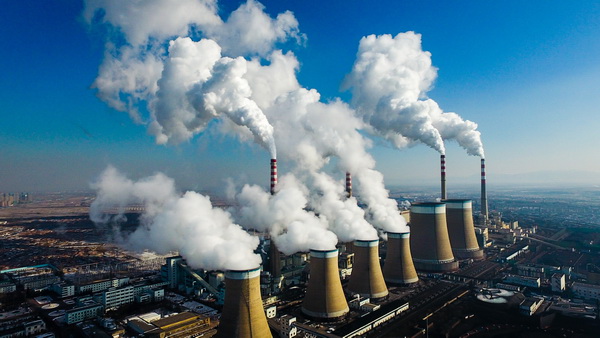 As governments of Africa are scheduled to Convene in Accra, Ghana from 18th to 22nd March 2019 for a weeklong Climate Change event dubbed “Africa Climate Week”, they are expected to articulate bold climate actions to build the resilience of communities on the continent and demonstrate commitment to do their fair share of climate change action.

Considering that African countries have a relatively common context in terms of its contribution to the causes of climate change and how it’s impacted by this dreaded global phenomenon, it will be strategic for the governments of the continent to be leaving the discussion table, speaking a ‘common language’ in their climate actions.

This common language should not fall short of placing stronger emphasis on climate change adaptation for protecting its citizens, transitioning its current agriculture and food production system to agroecology as the most appropriate model for agriculture and advancing a strong argument to commit industrialized and wealthy countries to provide adequate climate financing for the implementation of its adaptation and mitigation plans.

The theme for the weeklong event which is “Climate Action in Africa: A Race We Can Win”, I guess has been carefully chosen by African governments to exert pressure on herself to take real bold climate actions for building resilience and contributing to mitigating climate change. If this is the case, that is fine. After all, if there is any continent that is hardest hit by climate change, it is Africa, even though it is evident that Africa has contributed little to this global problem.

Scientists say from where we are now, considerable efforts are required to keep global temperatures as close to 1.5° above preindustrial levels as possible, to avert a looming global climate catastrophe. Thus, all countries of the world are expected to honour their fair share in reducing greenhouse gas (GHG) emissions as their contribution to climate change mitigation as required in what has become, the ‘Paris Rulebook’.

In doing this however, African countries should be guided by the principle of equity in order not to accept or take upon themselves an undue or disproportionate burden for climate change mitigation. According to the principle of equity, a country’s fair share of contribution to climate change mitigation should be based on its history of industrialization and its economic strength. In this regard therefore, the more industrialized countries and economic powers such as the United States of America, Japan and other European countries, should take on more of the responsibility for mitigation, whiles the less industrialized and poorer countries should be allowed to channel much of their resources to adaptation programmes. In addition, the wealthier and more industrial countries should commit to providing funding to support the implementation of national adaption and mitigation plans of African countries.

As discussions around countries’ climate pledges – known in UN jargon as Nationally Determined Contributions (NDCs) - are expected to feature prominently in the deliberations of African climate actions, we hope to see countries taking a balanced and fair approach to adaptation and mitigation, and prioritizing their finance, programmes and policies appropriately. In short, most African countries should place a far stronger emphasis on prioritizing the adaptation needs of vulnerable citizens.

Unfortunately however, according to data from a 2016 analysis report of countries’ intended NDCs by IFC International for USAID, African countries seem to be prioritizing mitigation over their own adaptation priorities. Ghana, for example intends to mobilize a total of USD 22.6 billion for 2020 to 2030 for the implementation of its climate actions. Out of this, the country intends to use USD 9.81 billion representing 45% for mitigation, and USD 12.79 billion, representing 55% for adaptation.

The Democratic Republic of Congo on its part, intends to mobilize a total of USD 21.62 billion for its climate actions. Out of this, the country plans to use USD 12.54 billion representing 57.94 % for mitigation and USD 9.08 billion representing 42.06% for adaptation. With this picture, African countries appear to be accepting and taking an unjust burden of mitigation upon themselves, and deprioritizing the urgent adaptation needs of their own citizens. This undue burden for mitigation on the countries of the continent needs to be reconsidered. More effort should rather be seen towards building resilience and adaptation. One would therefore expect to see African countries using Africa Climate Week to announce their efforts on their National Adaptation Plans (NAPs), while also highlighting the urgent need for wealthy industrialized countries to provide increased support in the form of climate finance.

Among Africa’s various sectors, its agriculture and food production systems have been the most heavily impacted by climate change. It is clearly time for a transformation of the current agriculture and food production model to one that is fit for purpose in an era of accelerating climate change. In recent decades, the continent has been on a trajectory of industrializing agriculture production, creating greater dependence on external inputs such as synthetic agrochemicals, hybrid seeds, genetically modified organisms (GMOs), heavy mechanization and single variety monocultures rather than promoting agrobiodiversity conservation. These practices have degraded the environment, diminished biodiversity, reduced livelihood diversification opportunities, increased vulnerabilities and increased food and nutrition problems. Poverty levels remain high in Africa, with increasing inequality.

Not only this, but industrial agriculture approaches have both massively increased agriculture’s harmful impact on the climate by increasing GHGs, and made farmers more vulnerable to climate change itself by requiring more water, eroding soils and reducing crop diversity. The industrial model of agriculture is clearly unfit for purpose in an era of climate change.

The industrial agriculture model can therefore best be described as one that offered a false solution to the continent’s agricultural and food production system. It has failed to deliver on the promise of addressing food security and nutrition problems, reducing poverty, and building the resilience of smallholder farmers and African farming communities. Perhaps, at best, it has only served the corporate commercial interest of transnational corporations such as the Monsantos, Syngentas and the like. And it is making climate change worse, while simultaneously making farming systems more vulnerable to the impacts.

At Africa Climate Week, we must call African governments’ attention to consider agroecology as an alternative, nature-based solution to the failed industrial and commercial model of agriculture and food production system. As a science, agroecology draws on social, biological and agricultural sciences and integrates these with traditional, indigenous and farmers’ knowledge and cultures. It focuses on the interactions between microorganisms, plants, animals, humans and the environment. There is now ample evidence that peasant and family farmer-based agroecological systems are superior to high external input industrial and commercial agriculture, and are highly productive, highly sustainable, empower women, create jobs, engage youth, provide greater autonomy, build climate resilience, and multiple social, cultural and environmental benefits for women, youth and men in both rural and urban communities.

Time is therefore ripe for governments in the continent to place agroecology on the table of deliberations in high level policy spaces such as Africa Climate Week and embrace the growing global call for the transformation of the current agriculture and food production systems, by transitioning to agroecology. Fortunately, some African governments have taken good steps in this direction. President Macky Sall of Senegal in his message to the nation on 31st December 2018, announced the preparedness of Senegal, a Sahelian country, for the ecological transition and promised to make agroecology a policy priority in his country. This is a good example and it is only right that many governments on the continent do the same.