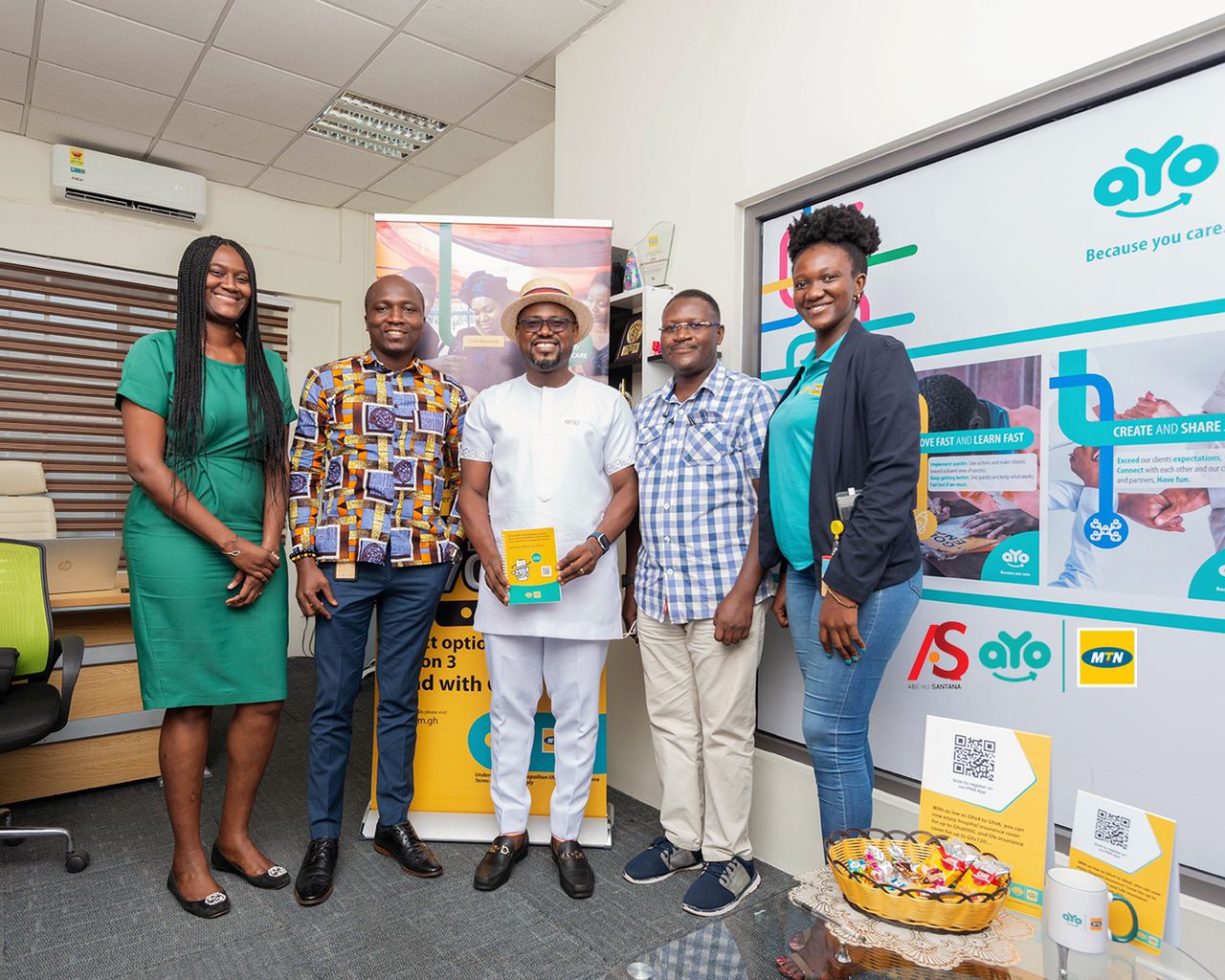 The partnership would see the 2021 Radio and Television Personality of the Year, join the aYo family which has insured over seven million Ghanaians with hospital and life insurance cover over the past five years.

At the official signing ceremony in Accra, Mr. Francis Gota, the Chief Executive Officer of aYo Ghana Intermediaries Limited, stated that Abeiku Santana's advocacy of championing the course of the less privileged aligns with the company's vision.

"It is really an honour to have Abeiku Santana on board especially considering your desire to help the less privileged people and contribute to the improved well being, we deem you the right person for this partnership and we remain hopeful of a fruitful outcome," he said.

Mr Gota further noted that his outfit was poised to change the bad narrative of insurance by delivering a service that is fast, convenient and easy to use.

"For us we want to provide a future where everybody uses insurance. So many people have misconceptions about insurance considering the difficulty in getting their claims but our outfit wants to demystify all those misconceptions but leverage on technology to provide easily accessible insurance to everybody," he noted.

The highly renowned broadcaster in his remarks expressed his excitement over joining the aYo group and was poised to lead the charge of getting more Ghanaians ensured considering its life-saving packages.

"I am amazed at the kind of packages aYo has for its customers and very delighted to come on board to push this agenda of getting many people enrolled on the scheme," Abeiku Santana said.

The aYo Insurance service has over the past few years paid over 7.4 million claims to its customers enrolled on “Recharge with Care", "Send with Care", and other insurance products.