Femi One has a crush on Patoranking 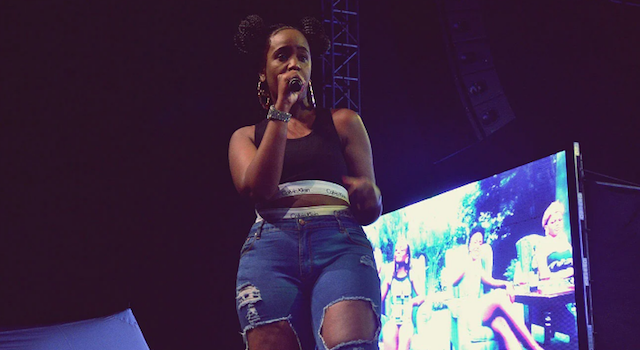 Celebrated Kenyan rapper Wanjiku Kimani, popularly known as Femi One, has admitted to have a crush on Nigerian artist Patoranking.

In a question and answer session on her Instagram stories, the Baddest hitmaker was asked by one of her fans if she were married, to which the artist responded by confirming she is married to Patoraking in her head.

“Yes!!! In my head I’m married to @patorankingfire,” read her response. In another response, the singer also said that it’s her dream to do a song with Patoranking.

The rapper, whose latest album dubbed Greatness has been warmly received by rap music lovers, went further to reveal that she’s due to drop another hit in the near future.

“I may release another album next year. This year may be a Solo EP or a joint EP,” she said.

The mother of one also stated that for one to qualify for a collaboration with her, she must first fancy the person’s character and prowess in the field. “Talent and personality. I have to like your music and you as a person,” said the rapper.

As is customary of many rappers and artists to have a stage name that represents who they are, Femi One is a name Ms. Kimani curated for herself, which she revealed bears the meaning ‘Female Number One’.

The 27-year-old is considered among the female rappers in Kenya.

In 2021, she was named the brand ambassador of an energy drink, making her the first African female artist to be associated with the brand.

She has spent her career engaged in a battle against being boxed in and has on several occasions remarked that women find more challenges in the music industry than men.

“It’s harder to become known purely for talent than for looks,” she remarked.

The Kaka Empire record label signee has contended with these double standards and expectations to emerge as a Hip-Hop champion whose rapping skills have ensured her continued relevance in the genre.

Greatness asserts her as Hip-Hop royalty, and nearly every song is glossy enough to keep her fans hooked.