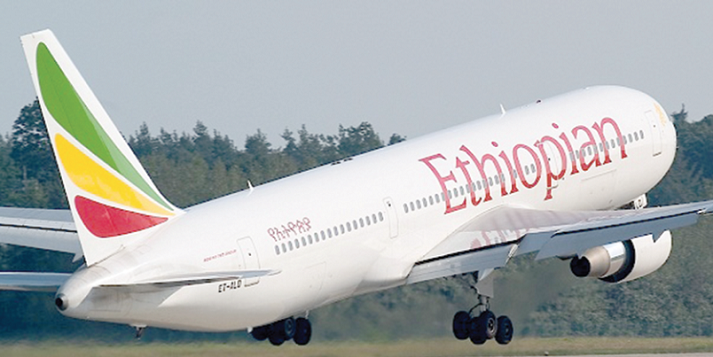 Ethiopian Airlines is a leading African airline that is helping to grow other regional airlines
30.5k Shares

West Africa still offers the most lucrative route for many carriers. The link to USA from West Africa is the new cash cow. With the exit of United Airlines from Lagos on July 1, 2016, 3,000 seats disappeared on the US route.

Ethiopian Airlines quickly plugged in a flight from Lome to New York.  It started with a three weekly fight but after just 10 days added another flight to New York. With about 90 passengers coming out of Lagos everyday on its Lome flights, it might soon go daily.

SAA started its Accra-Washington route four times a week last year and it is rated as the most profitable route for SAA. Delta Airlines with daily flights to Lagos and Accra is the master of the game.

SAA has three fights a week from Dakar to the states and the Cape Verdean airline has two flights a week. The need for more seats will soon lead to a dog fight on that route. Arik is the only West African airline with three flights to New York.

African Open Skies will see many non-African airlines buying stakes within Africa to take advantage of the demand in West Africa.

The clamour for national airlines is the new rave in Africa and West Africa is not left out. But a well-informed airline chief in Africa once said that there are two types of models for national carriers;  “The orphanage type with foster parents and the Sepulchre type” common in West Africa.

The orphanage model is simple. A country enlists its airline as an orphan and a successful airline will foster it. ASKY and the new Malawian Airlines are ET babies. So far, it is successful.

There are failures like the Virgin Nigeria and Virgin Atlantic attempt in Nigeria.

The sepulchre version is the type where Ghana Airways was replaced by Ghana International Airlines, just a change of name. Recently, West Africans go to the cemetary, drag out a dead airline and dress it up with a new name. Air Senegal and Senegal Airlines, Air Ivoire and Air Cote D'Ivoire. Cameroon Airlines and Camair co Airlines, Nigerian Airways and Air Nigeria.

Even the orphanage model has not worked well too. People can remember that Air Afrique was offered to Air France for $1. Any foster parent from Europe will not work as no European carrier will help any country raise a competitor.

Etihad had already said no Airline in Africa has the scale worth looking into and Emirates is romancing both Angola and SAA at the same time.

West Africa has to get its act together to share in the global aviation Market.

The writer is a travel business consultant, travel promoter, tourism development expert, journalist and media consultant. Email: This email address is being protected from spambots. You need JavaScript enabled to view it.