PFAG commend gov't for including proposals in budget 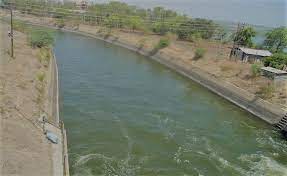 The Peasant Farmers Association of Ghana ( PFAG) has commended the government for including three out of the five  proposals it made for the agriculture sector in the 2022 budget statement presented to  Parliament by the Minister of Finance, Mr Ken Ofori-Atta, last Wednesday.

These include the rehabilitation and expansion of irrigation schemes in the rice growing areas, increasing budget allocation to the Planting for Food and Jobs (PFJ) programme and securing funding for the construction of the much talked about Pwalugu Multipurpose dam.

The Head of Programmes and Advocacy of PFAG,   Dr Charles Kwowe Nyaaba, made the  commendation at a post budget analysis press conference  organised by the PFAG, in collaboration with  the International Budget Partnership (IBP) in Accra, on November 19.

It was to highlight the implications of the 2022 budget on Agricultural development and the livelihoods of smallholder farmers in the country.

Presenting the PFAG views on the 2022 budget statement at the press conference, Dr Nyaaba commended the government for increasing investment in the PFJ programme to 33 per cent but called for quick release of funds for services provided for by fertiliser importers and seed suppliers.

That, he said, would halt  the shortage of fertilisers and other farming inputs on the market as experienced during the 2021 cropping season.

He also commended the government for efforts to create electronic database for farmers with the aim of improving targeting, efficiency and transparency in the government support programmes such as fertiliser subsidy.

He said the introduction of the electronic data based technology for smallholder farmers would also go a long way to help improve tracking of seedlings and fertilisers thereby reducing some of the malpractices such as "hoarding" and "hijacking" of these subsidised farming inputs.

He also called for investment to be extended to the rice value chain to promote local rice production if the country was to meet the rice sufficiency target for 2023.

He further called for consideration to increase investment in the agriculture sector in order to lead in economic transformation.

Dr Nyaaba lauded the government for the provision of interest rate subsidy for agri-business under the Obatanpa programme which would grant 50 per cent subsidy of financial institutions interest charges for loans advancement for qualified agri-business to secure equipment and expand businesses.

Dr Nyaaba said it was the expectation of members of the PFAG for the government to scrap or reduce the petroleum taxes and levies but that was not captured in the budget.

But expressed the hope that the government would take a second look at the increase in the prices of petroleum products to lessen the burden on agribusiness which had also resulted in hikes in food prices on the market.

He said the Association  welcomed the decision by the government to abolish tolls on all public roads and bridges across the country.

That, he said, would improve the movement and transportation of farm produce, especially perishable commodities to the marketing centres to reduce post harvest losses.

The PFAG also appealed to the government to take a second look at the Electronic Transaction Levy or E-levy, the 1.75 per cent on all electronic transactions in the country, especially the mobile money transactions.

That, he said, would help smallholder farmers who had  adopted the electronic means to transact business to continue to do so instead of going back to the previous past in which they kept their money under their beds and in holes.

Dr Nyaaba said irrigation was the way to go and called for the involvement of all key stakeholders in the government's irrigation programme under the One Village, One Dam ( 1V1D) initiative for the benefit of smallholder farmers.