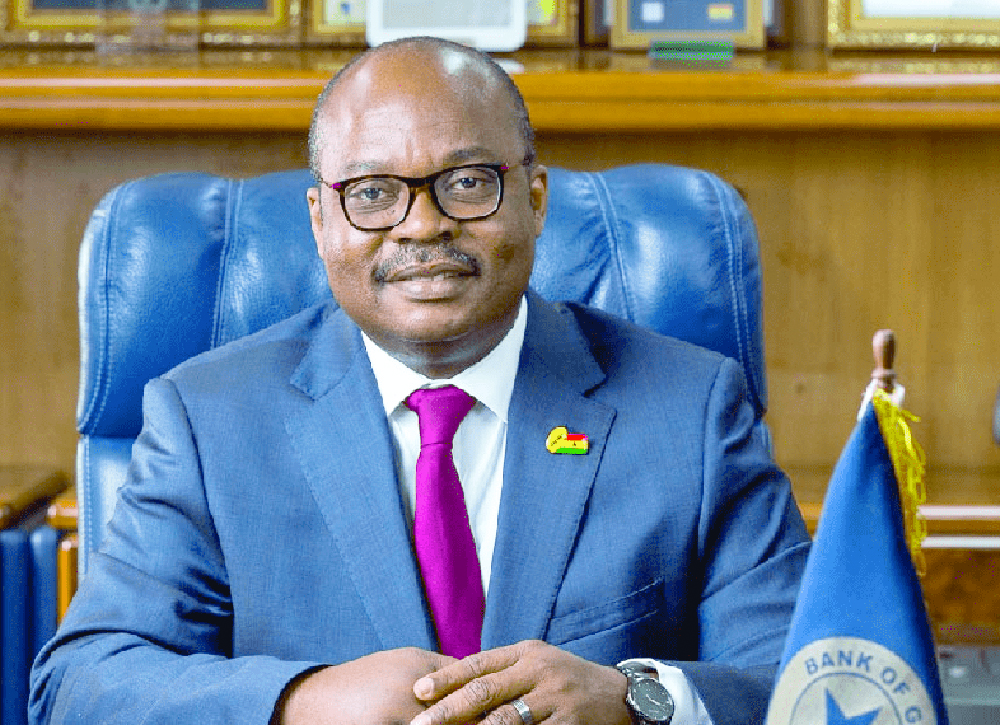 The Bank of Ghana (BoG) has increased its policy rate from 13.5 per cent to 14.5 per cent, six months after cutting the benchmark rate.

The bank said last Monday that the increment was necessary to help contain significant risks to inflation and dampen emerging pressure on the cedi.

The central bank said in a statement that the move was a prompt policy action to re-anchor inflation expectations to safeguard the central bank’s price stability objective.

The increment in the rate to 14.5 per cent comes at a time when inflation has risen from 7.5 per cent in May to 11 per cent in October and the cedi has also come under increased pressure on concerns of fiscal and debt sustainability issues.

It is also the second time in more than three years – March 2018 – when the rate was last increased. Since then, it has been on a downward spiral, reducing from 16 per cent to 14.5 per cent in March 2021 before it was reduced further to 13.5 per cent.

In the statement released in place of the usual press conference by the Monetary Policy Committee (MPC) of the bank, BoG said “the committee noted significant risks to the inflation outlook.”

The statement that was issued by the BoG Governor and Chairman of MPC, Dr Ernest Addison, said: “headline inflation has risen consistently from the low of 7.5 per cent in May 2021 to 11 per cent in October driven by both food and non-food price increases. In addition, all the bank’s core measures of inflation have increased, indicating broad-based underlying inflation pressures, with the potential of de-anchoring inflation expectations.”

“Currently, headline inflation is above the upper limit of the medium-term target band and the committee noted significant risks to the inflation outlook. These risks include rising global inflation, high energy prices, uncertainties surrounding food prices and investor behaviour,” the statement said.

This, it said, informed the decision to raise the rate to 14.5 per cent for the last part of the year.

The statement said the committee decided that the macroprudential policy measures and regulatory reliefs introduced on the onset of the pandemic should remain in place to support a more robust recovery of the economy.

On the economy, BoG said the committee found that the recovery in the real sector was progressing at a steady pace.

It noted that high frequency economic indicators reflected that increased momentum in the pace of economic activity had inched closer to pre-pandemic levels.

“Consumer and business sentiments have turned around, driven by perceived improvements in economic prospects, although consumers expressed concerns about current household finances. Credit to the private sector is beginning to expand, albeit at a slow pace.”

“The COVID-19 related macro-prudential measures, still in force, remain supportive of the recovery process, steadily driving up new advances over the period. The recovery in credit is expected to continue on the back of anticipated net ease in credit stance by banks and increased demand,” it said.

It noted further that the country’s sovereign bond spreads widened markedly over the last two months as investor sentiments shifted based on fiscal and debt sustainability concerns.

It said the development prompted some sell-offs by investors and these spilled over on the domestic foreign exchange market.

“This triggered some currency pressures in the past two months as demand for the U.S. dollar increased. However, the adequate reserve levels provided some buffers and supported a much slower depreciation pace compared with pre-pandemic levels. In the outlook, the committee is of the view that the strong reserve buffer level should provide some assurance to the market and help abate investor concerns, as the country’s external payment position remains strong,” the statement added.