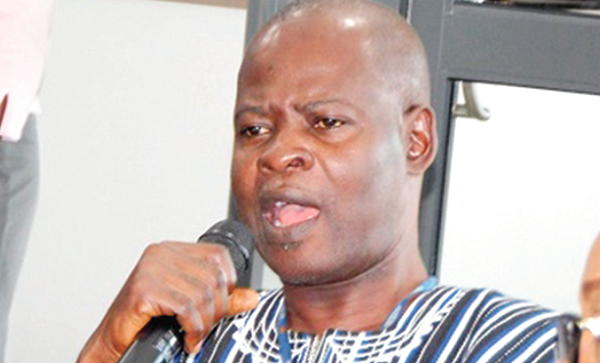 Energy sector policy analyst, Dr Steve Manteaw, has urged Ghanaians to resist any attempts to coerce the Millennium Development Authority (MiDA) into reducing the local content threshold in the concessionaire agreement of the Electricity Company of Ghana (ECG).

Instead, he said the government must explore ways to raise the required investments needed to meet the local content requirement in the agreement.

Responding to issues raised by the consortium seeking to reduce the local content stake to 20 per cent from the initial 51 per cent, Dr Manteaw said the government must stick to its stance and find ingenious ways to raise the local investments required for the concession agreement.

“Ghanaians should resist any attempt to bulldoze MiDA into reducing the local content threshold in the ECG concession, while we explore ways in which the required investment can be raised by local firms”.

“It calls for ingenuity and resourcefulness. Everything for me is possible. You only need to discover how to achieve it. That's why we went to school - to learn to solve problems,” he said,

The government renegotiated the power compact agreement with officials of the Millennium Challenge Corporation (MCC) for a majority Ghanaian ownership for the concession of the ECG.

This was to ensure that the concessioners of the wholly state owned power company is largely managed by Ghanaians with less foreign participation.

However, French electricity conglomerate Veolia Africa, EDF and its local partner CH Group which have put in a joint bid for the ECG concession have recently kicked against the policy that allocated 51 per cent mandatory ownership of the concession to Ghanaian companies as they described it as problematic.

In a letter dated February 12, 2018 which was addressed to MiDA, they expressed concerns regarding the structuring requirements as set out in the amended Request for Proposal (ReF).

It said the new requirement significantly impacted on its ability to structure a workable solution and also affected the concession’s bankability.

Dr Manteaw alluded to the challenge that has been encountered in getting an entity or a consortium to take the 51 per cent.

That entity would be required to raise about US$100m a year for the next five years as equity participation.

The AGI has been challenged to pull together a syndicate from among its members to exercise the option but that has been unsuccessful so far.

He also explained that there were ,however, good economic reasons for the government’s decision to vary the local content upwards from an initial 20 per cent.

“We need to understand that the selected foreign company will only be able to repatriate its profits in hard currency.

It will ,therefore, have to change the cedi you and I pay for power into say dollars in order to take it away. This is your cocoa, oil and gold dollars”.

“The higher the foreign entity's equity, the more profit it will repatriate and this can erode the value of the cedi as demand pressure would be brought to bear on the dollar,” he said.

However, if the stakes are diluted in the way it is being done, then it means 51 per cent of the benefits from the concession arrangement would be retained within the Ghanaian economy and the cedi will be the better for the local economy.