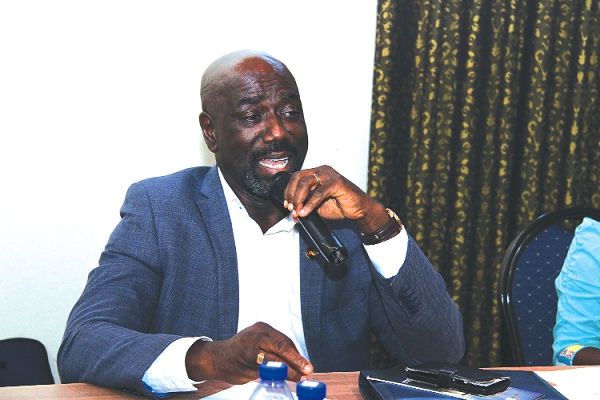 A project that seeks to facilitate business partnerships between Dutch entrepreneurs and Ghanaian and Ethiopian diasporans residing in the Netherlands for the development of the private sector in the two African countries has been launched in Accra.

Known as the Entrepreneurship by Diaspora for Development (ED4D), the initiative seeks to address the challenges diasporans face, including the lack of professional guidance on investments when they want to set up businesses in their countries of origin.

Implemented by the International Organisation for Migration (IOM) and the PUM, a non-governmental organisation in the Netherlands, a pilot of the project commenced in November 2018 and is expected to end in October 2020.

A ceremony was held in Accra last Wednesday during which the project was officially launched and declared open for applicants.

The Project Assistant in Charge of Migration and Development at the IOM in Ghana, Mr Eric Kwame Akomanyi, explained that the IOM was exploring ways by which Africans in the diaspora could contribute to investments and job creation on the continent, hence the initiative.

He said the IOM and the PUM had already organised outreach events in the Netherlands where it extended a call to Ghanaians and Ethiopians there to take part in the exercise.

He said 40 applicants (20 each for Ghana and Ethiopia), with the best business ideas, would be selected to undergo training and mentoring in the Netherlands.

Out of the 40 successful applicants, Mr Akomanyi said 20 would be shortlisted and sponsored to revisit their countries of origin to explore business and investment opportunities there.

He said although funds would not be directly given to the successful applicants, the IOM would link them to financial opportunities in the Netherlands, Ethiopia and Ghana for assistance.

"At the end of the pilot, a review would be conducted after which we would decide as to whether or not to extend the project to other corridors," he said.

For her part, the Chief of Mission of the IOM to Ghana, Benin and Togo, Ms Sylvia Lopez-Ekra, expressed confidence that the project would be a stepping stone to attract many Africans in the diaspora to establish businesses on the continent.

She, therefore, urged all Ghanaians and Ethiopians in the Netherlands to take advantage of the opportunity.

The Director of the Diaspora Affairs at the Office of the President, Mr Akwasi Awua Ababio, commended the IOM and the PUM for the initiative.

He said it was in line with the government's homecoming agenda aimed at encouraging all Ghanaians in the diaspora to revisit the country and contribute to its development.

Mr Ababio pledged his support towards a successful implementation of the project and urged the implementers to extend it to other countries in future for it to benefit more Ghanaians in other parts of the world.