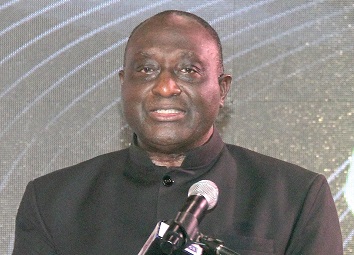 The Minister of Trade and Industry, Alan Kyerematen, has said the government has in the last five years deployed critical interventions to put the economy on the path of transformation.

“Yes, in the first term of our government, we have done so many great things such as developing a 10-point plan for industrial agenda; One District One Factory (1D1F), Planting for Food and Jobs, Free Senior High School (SHS), Financial Sector Clean-Up and other progressive programmes,” he said.

Launching the 75th anniversary of the Deloitte Ghana in Accra last Friday, Mr Kyerematen insisted that the recent rebound of the economy followed a medium-term recovery and revitalisation programme instituted by the government.

“As a government, what we have sought to do over the last five years is to move Ghana from growth to transformation. And so in its first term of office, the government has initiated reforms in various sectors of the economy to accelerate the transformation agenda,” he said.

He said after supervising a successful exit from the International Monetary Fund (IMF) programme, the government implemented macroeconomic reforms to grow the economy at an average rate of 8.4 per cent per annum until COVID-19 derailed the progress.

Mr Kyerematen, however, said the good news was that Ghana had become part of the few countries in the world that had been able to rebound quickly from the pandemic to achieve a growth rate of 5.4 per cent in 2021.

The minister said 75 years in the life of any organisation was worth celebrating particularly for a firm such as Deloitte that had provided quality services to the country.

“On an occasion like this, it is also appropriate for us to recognise the contribution of the founding fathers, past managing partners, current management and staff of Deloitte Ghana,” he said.

In this regard, he said the government was committed to supporting Deloitte Ghana for the next 75 years.

The Country Managing Partner of Deloitte Ghana, Daniel Owusu, said it was important to write the history of the firm since its inception in the country; hence, the celebration of its people who had contributed to the firm’s growth over the years.

He said having been awarded the best commercial brand for four years in a roll, it continued to stand with its 11 partners as per its mantra to make the impact that matters.

Mr Owusu said even though the firm had faced challenges in its journey, it stood resilient to withstand any form of challenges that came its way.

He said the firm had put in place a graduate employment scheme that had recruited graduates, and trained them in readiness for the job market.

The Chief Operating Officer of Deloitte West Africa, Anthony Olujoku, stated that five years ago, the firm had five partners to its name which were all males but currently had 11 partners which included three females and eight males, a demonstration of its commitment to gender balance.

“Given the commitment of the global firm to make a significant investment in Ghana, we are positive that what we are celebrating today is a tip of the iceberg. The coming years will surely usher in further growth and transformation that we will all be proud of,” he said.

The Anniversary Chairperson of Deloitte Ghana, Charlotte Forson Abbey, stated that the firm had year-long activities lined up for the 75th-anniversary celebrations.