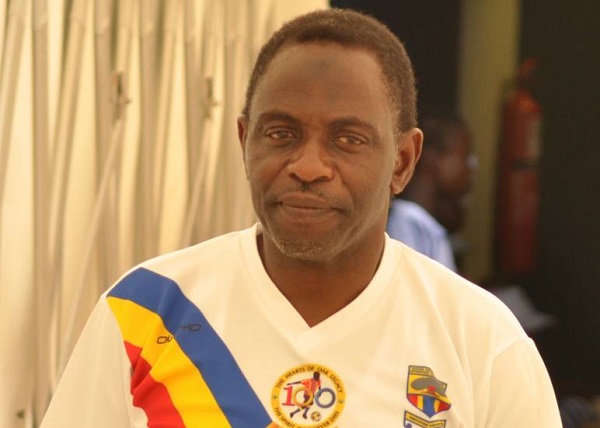 Almost four decades after retiring from active football, Accra Hearts of Oak and Black Stars legend, Mohammed Ahmed Polo, has revealed that none of his playing mates earned monthly salaries throughout their career.

The football icon, who won the 1978 Africa Cup of Nations with Ghana, said players of his era only earned annual bonuses for the services they provided but never earned monthly salaries as being enjoyed by footballers today.

Known as the dribbling Magician for his deft touches, the 1974 SWAG Footballer of the Year, told the Graphic Sports that salaries and other monetary rewards in the manner which exist today were alien to their era.

“In those days, we were considered amateur footballers, so we only registered to play for our clubs without any form of contract and monetary rewards. There were also no monthly salaries for players. The only sources of income from our teams were winning bonuses and annual bonuses for players,” he explained.

The absence of structured remuneration packages notwithstanding, Polo said the commitment by players to the game propelled them and their teams to achieve greater heights both locally and internationally.

“Because of our commitment to the game, the fans never stopped filling the stadium to capacity, just to watch our brand of football. After excelling in matches, especially in Accra and Kumasi, the fans rewarded us in kind and cash anytime they see us in town."

Asked about how they survived as footballers for the scanty monetary reward they experienced in their era, Polo said some of his colleagues were employed by some defunct factories and industries in Accra and Tema where they earned salaries to take care of their basic needs.

Now a coach, Polo said in 1977, a former player of Hearts who was resident in the USA, Willie Evans, attempted to lure him and Peter Lamptey to play professional football in the USA. However, the plot backfired and angered supporters of Hearts who heard about the proposed trip and accosted Evans for disloyalty.

"They accused Evans of being disloyal to Hearts and, therefore, pounced on him and beat him mercilessly. It prevented us from playing professional football at the early part of our career. However, it was late in my career that I played for Al Wasl in the United Arab Emirates, Shell FC of Gabon before hanging up my boots for good in 1994," said the 65-year-old Polo.

In 2011, some Ghanaian citizens in the USA honoured Polo and other legends, Osei Kofi and Ibrahim Sunday with the ‘Soccer Dribbling Legend Award’ in recognition of their greatness